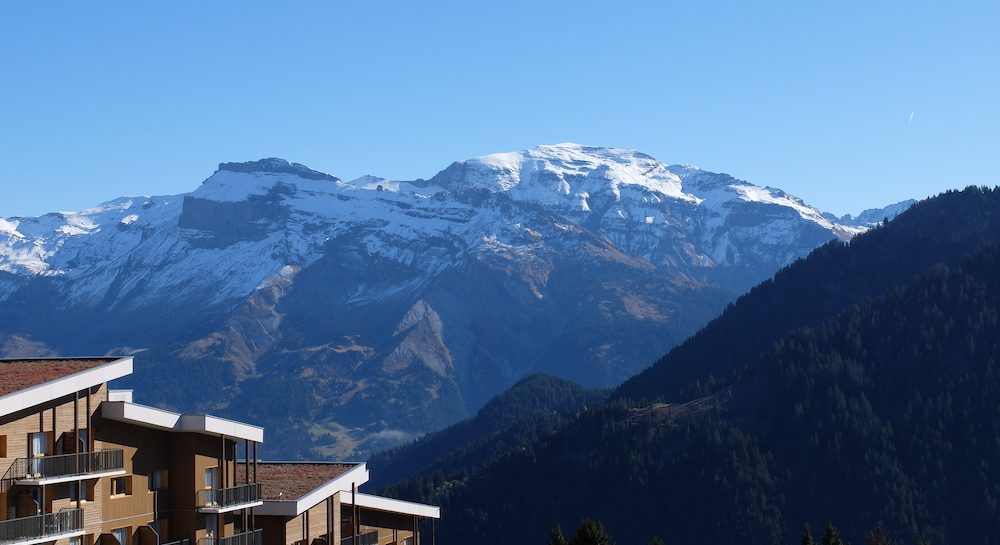 The French Alps has another pretty resort, a one hour drive away from Geneva. 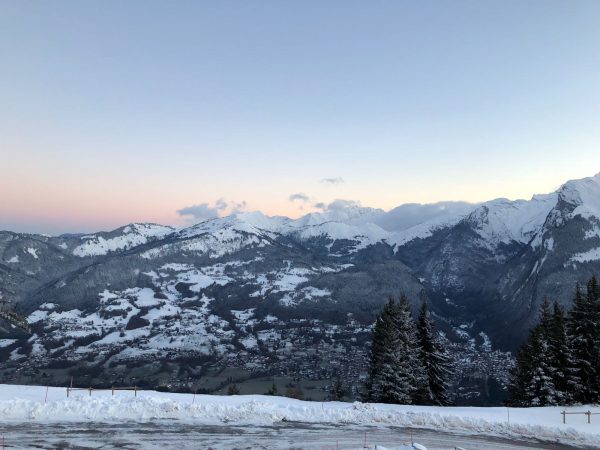 I enjoyed the days in the French Alps, perfect for families and couples who want a taste a bit of a french paradise.

The new resort in the French countryside is an oasis of recuperation.

The Grand Massif ski area is the fourth largest ski region in France but the next village to the resort is a charming village with french bakeries, small cafes and cheese shops, truly a traditional village.

Though the Grand Massif is France’s fourth-largest ski area. The Club Med lies on the top of a mountain on 1600 m high, it’s quiet, but truly a lovely Alpine resort. The villages date back to at least 1144, when an abbey was built in Sixt, and retain their historic character, with lovely stone buildings.

Together with the successful openings in the Resorts of Val Thorens Sensations and Valmorel, it marks a new chapter in the company’s history. Located in a top location on the Plateau des Saix, at 1,600 metres altitude, Club Med offers 423 rooms. Let’s call it a ski-in, ski-out experience. 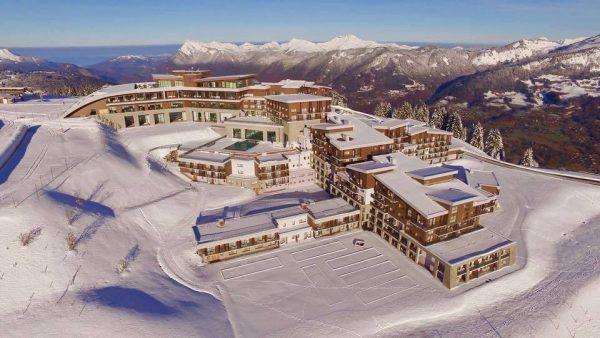 Among its primary attractions are its exceptional 360° panorama across the Samoëns-Morillon
valley and its location right in the heart of France’s fourth largest ski area, the Grand Massif, offering 148 runs and 265 km of slope to enjoy.

The Resort, which is designed for both summer and winter holidays, for families, groups of friends and couples, has much to offer.

Everything is easy thanks to the numerous features, such as the possibility to reserve ski equipment from all the leading ski brands before departure and have one’s skis and boots ready and waiting in a heated ski locker on arrival.

Ski passes are handed over at check-in, too. Throughout the Resort and in the rooms, screens provide instant access, all day long, to information about things happening in the resort, such as the dress code for the up-coming party, weather and snow forecasts.

Yes, but sometimes you cannot change the weather. 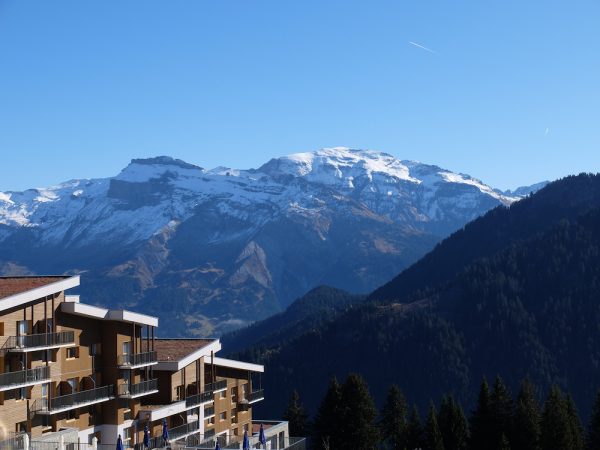 In the new club med you will find contemporary design and mountain atmosphere especially with “frescoes” representing the mountain nature. 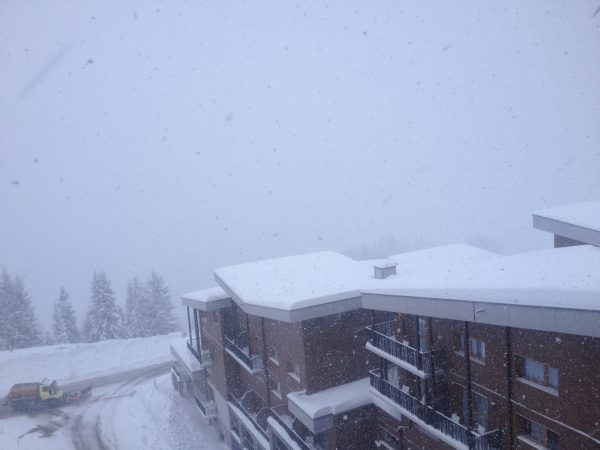 These large frescoes – such as a black and white imprint enhanced with a color proper to the space in which it is integrated – allows to discover or rediscover every day evocations of the local nature.

Natural materials, such as wood and stone, predominate throughout, in direct reference to traditional Savoyard design. The building itself has a stone base and features timber cladding. Its simplicity allows it to blend into the landscape, especially with the roofs, which will be vegetated in summer and covered with snow in winter, a perfect extension between the landscape and the building. 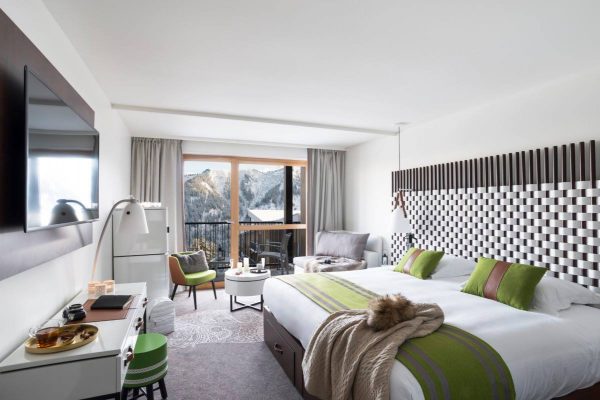 The lobby and main bar resemble the mountains in winter – the green of the summer is gone and we find gentian or glacier blue, white as bright as the snow or the mountain flower edelweiss, and brown like the chamois and old wood in reference to alpine chalets. The main restaurant has four different areas, each with their own atmosphere like the warm mountains in orange and the mountain and its lakes and rivers in blue. The rooms celebrate the mountains in autumn – in this season, the limestone rock is still dotted with green, hence the meadow green and white theme.

In the spa, you have a finish sauna an indoor and outdoor pool. Unfortunately the outdoor is not heated, which would be amaazing to enjoy the setting over the mountain peaks.

Culinary enjoyment is provided in the three restaurants. 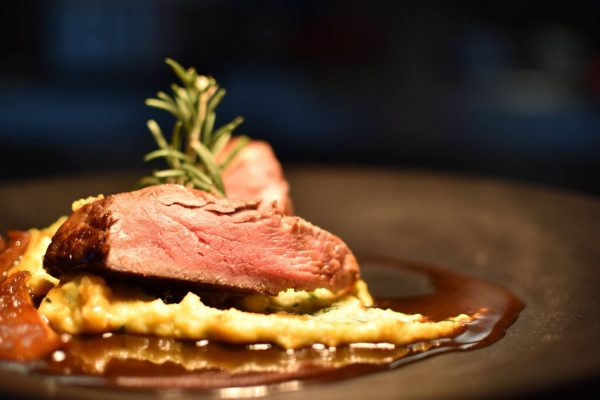 The chefs treats the palates with regional specialities like chesse of the region and typical french dishes. I enjoyed the restaurant La Rivière, if you love food you are right here.

Yummy. The Club Med offers an intimate feeling. Easy to enjoy the time. 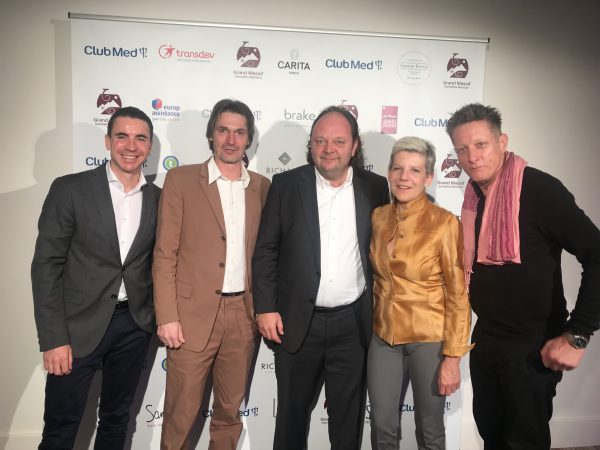 Last but not least it’s fun to enjoy the evenings. 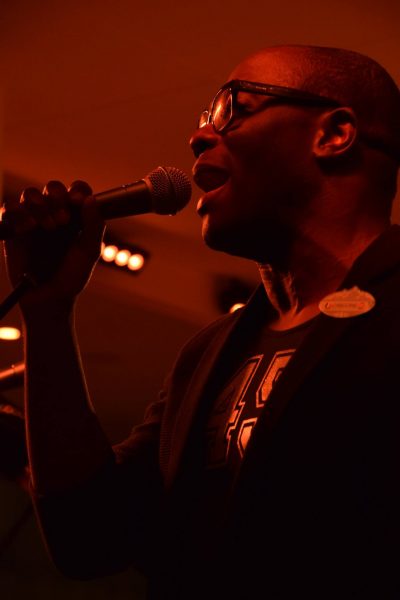 The press trip was supported by Club Med Deutschland.