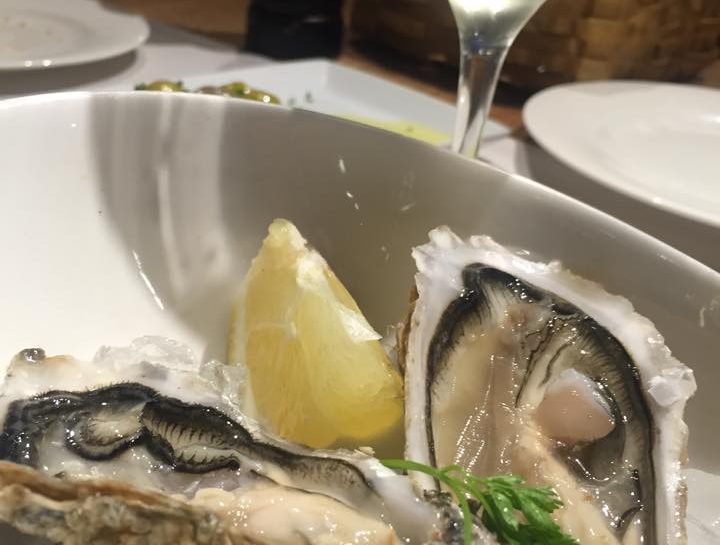 It’s a culinary paradise and it shows straight away that it has much more to offer.

As the Basque beauty celebrates, it was European Capital of Culture (2016), large-scale artworks will populate public spaces, the San Telmo museum will present a powerful project with Madrid’s Reina Sofía museum, the modern Kursaal auditorium and other area theaters will screen films as part of its annual film festival, and the historic Hotel Maria Cristina will impress with its refurbished belle époque interiors and amazing food and drinks. 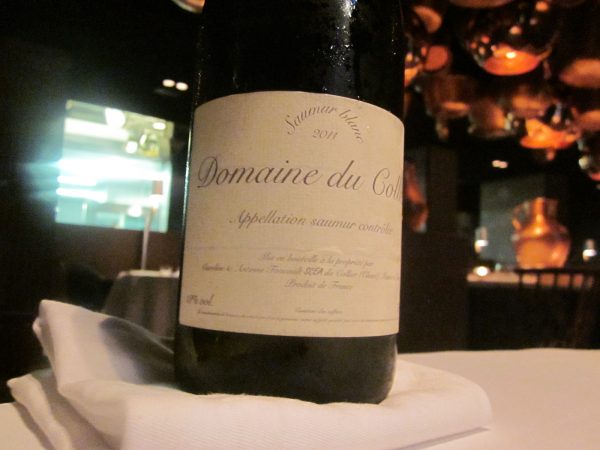 There is no menu. Diners are instead treated to 24 individually tailored courses to suit their dietary requirements, wants and desires. The lack of menu is just one example of how Mugaritz dispenses with traditional dining norms in its quest to deliver a complete sensory and creative experience. Edible cutlery and centrepieces are other routes to delivering the stories, flavours, smells and textures that make up chef-owner Andoni Luis Aduriz’s idea of the perfect journey through food.

Born in the Basque gastronomic heartland of San Sebastián and schooled at El Bulli with the legendary Ferran Adrià, it’s no surprise Aduriz is capable of extraordinary things.

He started culinary studies but soon began to explore tastes and textures after a not-so-perfect introduction to the academic world. In 1998, Mugaritz was born and in 2006 it entered this list, helping secure Aduriz’s place among the Spanish greats.

Named after a solitary, 200-year-old oak tree that grows in the hills inland from San Sebastián, Mugaritz is as spectacular in its location as in its food. The small wooden building – entirely rebuilt after a devastating fire in 2010 – is surrounded by breath-taking scenery, further enhancing the sensory experience delivered by dishes such as edible stones or candy caviar.

Place to stay: A legend with history – The Maria Cristina. 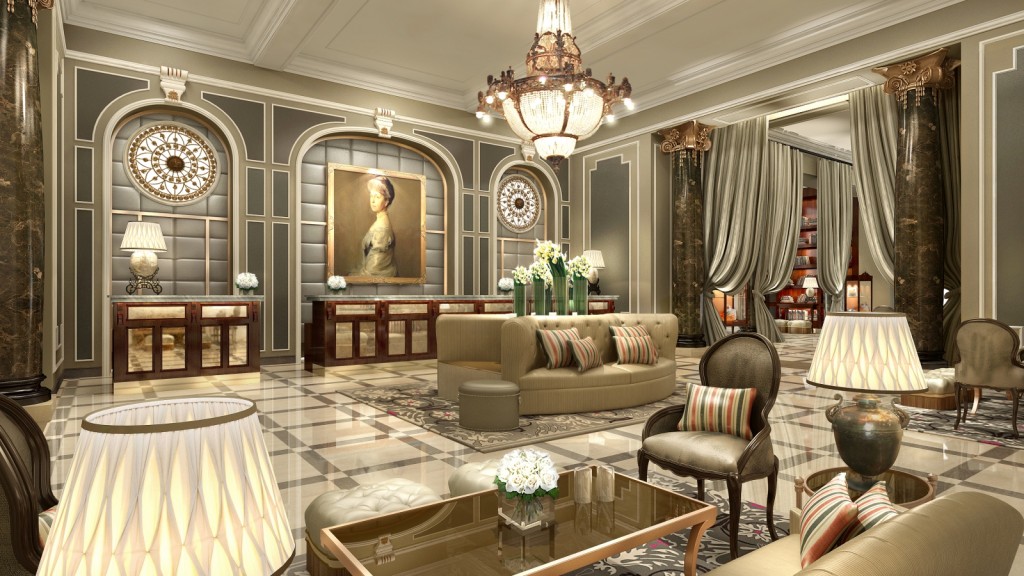 To understand the Maria Cristina, you should know about teh story, once upon the time, in 1845, doctors at the Court took a decision that changed the future of San Sebastian. At that time, skin affections of Queen Isabel II had become a problem that demanded, doctors advised her a treatment based on sea bathing. The court, on the advice of the doctors, travelled north for the summer and the city of San Sebastian became a trendy place and the most important summer centre of Spain.
After the death of King Alfonso, the Queen Regent Maria Cristina continued the tradition and summer after summer, carried all the glamour to the beaches of Cantabria.
At the beginning of the twentieth century, the once small city had become one of the most attractive centers of holidays for all European aristocracy. 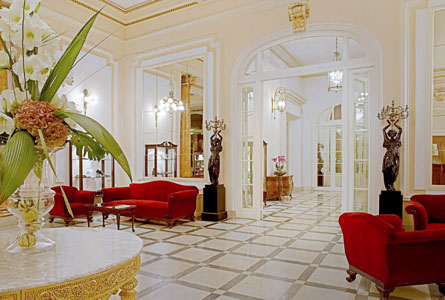 Its growth was spectacular and in the following years tripled its population. San Sebastian acted as a powerful magnet for the high society. Visitors from around the world paraded through the streets and filled the terraces, especially during the happy years 20th.
At that time, San Sebastian was at the forefront of innovation and industrialization. Once the walls that hindered the growth of the city were torn down, the path to modernity was launched at high speed. So the city was a pioneer in the installation of the tramway, electric street lighting and telephone. It was also the time of the great construction. San Sebastian was full of beautiful buildings. La belle époque had arrived. Soon came the Victoria Eugenia Theatre, the Casino later converted into City Hall and, above all, the impressive Hotel Maria Cristina (built in 1912) by French architect Charles Mewes, architect also of the Ritz in Madrid and Paris. When the hotel opened its doors the first person to cross it was the Regent “Maria Cristina”.

In a city full of life the hotel Maria Cristina became the pride of the population with its cultural activities. In its luxurious rooms met the upper class.
During the First World War, hotel Maria Cristina was the meeting place of politicians and artists at first and then the stylists and Parisian fashion, with Coco Chanel, Paul Poiret and Patou Jena to the head. In 1925, with the closure of the Casino, the city began a slow decline. The Pact of San Sebastian in 1930 brought the Republic and the heads of the various parties to meet here to agree a common front. In 1936, the outbreak of the Civil War put an end to the golden age of San Sebastian.
During the war, the hotel was assaulted by Civil Guard units loyal to the Government of the Republic. Although the building suffered damage, even today guests can see some holes in the facade because of the projectiles.

After the Second World War, there were several renovations at the hotel. In 1948, the hand of the architect Manuel Urcola, added an area that modified his old L-shaped floor into the shape of a U.

Finally in 1985, under the direction of architect José Miguel Martín Herrera, the hotel reached the rank of five stars.

Some spaniards call it the the celebrity palace. The San Sebastian International filmfest is very popular
Since the 50ties 1953, Hotel Maria Cristina has been internationally recognized.
Great film celebrities have elected year after year the hotel Maria Cristina for their stay in the city during the Festival.

It is a story telling place, the case of the actress Bette Davis is especially unique. Very sick, and despite that doctors recommended complete rest, she did not hesitate to accept the invitation of the festival.

If you are on a world travel and want to see everything of Spain, watch a match of Barcelona or Real Madrid. And do not miss “my” resto in Girona (near Barcelona) and try to get a table at Celler de Can Roca.

The restaurant is run by the three Roca brothers: eldest brother Joan Roca is head chef, Josep Roca is sommelier and Jordi Roca is the patissier. The restaurant is situated in the pleasant town of Girona, which has a well-preserved medieval old town and is about 60 miles north of Barcelona. The restaurant opened in 1986 but moved to a purpose built new building in 2007, with large kitchens giving plenty of room for its 30 chefs to work. There is also a large temperature-controlled wine storage area at ground floor level to accommodate the vast wine cellar, of which more anon.

The tables are set with crisp white linen and Rosenthal china. There are tasting menus around 150 €, as well as a la carte dishes.

The restaurant is noted for its large wine selection, and the two huge wine lists, one for white and one for red, are mounted on their own trolley and wheeled to the table. While you consider the wine lists a little bush arrives at the table, on which hang caramelised olives which you pick.
Although this is an original presentation idea I found the sweet taste from the caramel a bit special.

There are no less than 2,800 separate wines available, with 60,000 bottles stored in the cellar area.

A little Bellini cocktail appeared in a chocolate sphere; this was lovely, the peach taste coming through very well. This came alongside a little blob of rich chicken mousse sandwiched in-between two very delicate slivers of fried potato.A further nibble was deep fried anchovy bone with rice tempura, which was tasty and was made with very delicate batter, followed by an appetiser of mushroom brioche with hot meat consommé. The brioche had an incredibly light texture, a really remarkable piece of baking that practically melted in the mouth.
The breads were made from scratch in the kitchen here and were impressive. The tray had a selection of white bread, ciabatta, multi-grain, brioche of olive oil and tomato and also brioche of black olive. The breads had lovely texture, and the flavours came through really well. European lobster was very tender and had excellent flavour, served on a bed of absolutely superb mash with truffle, with a rich black trumpet mushroom sauce. We had smoked langoustines, which were beautifully cooked, served with a lovely sauce made from the head juices, onion and Comte cheese, which had a fairly subdued flavour, which in this case was just what was needed as it allowed the delicate flavour of the superb langoustines to really shine. My main course was a veal steak tartare, using veal from Girona. This was served as a rectangular slab, on which were dots of mustard ice cream, mustard leaves, spicy tomato ketchup, caper compote, Sichuan pepper, a little lemon compote to provide acidity, praline cream and dried of Olorosso sherry, with a garnish of little fried potatoes and smoked paprika; this was finally offered with a little pool of meat béarnaise sauce.
I had an excellent apple dessert, with apple in a series of styles and textures, with little leaves of crisp apple surrounding apple ice cream, the Creme Catalan, which is essentially a Spanish creme brûlée, served with caramelised strawberries. This was creamy with a perfectly caramelised top, topped with wild strawberries, dried strawberries and strawberry syrup; this was simply magnificent. Followed by very good coffee and a selection of petit fours. Yummy.

Overall we had a superb meal, with terrific ingredients, high levels of technical skill on display, well judged flavour combinations and attractive presentation.
If its to expensive for you, you still have the option to eat at Mama Roca in the center of Girona. Perfect food. Go for it…

Me gusta, we are happy.