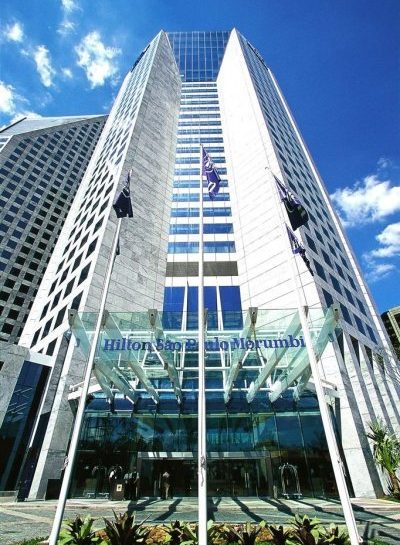 We feature the Hilton Morumbi in Sao Paulo.

House & Hotel Magazine loves it to be in Brazil. Do you know there’s a place where beach related jobs generate 3 billion €.
Do you know Brazil? We show you around, first another beautiful place.
The hotel is integrated into the United Nations Business Center, spacious, contemporary accommodation, overlooking the famous Estaiada Bridge. 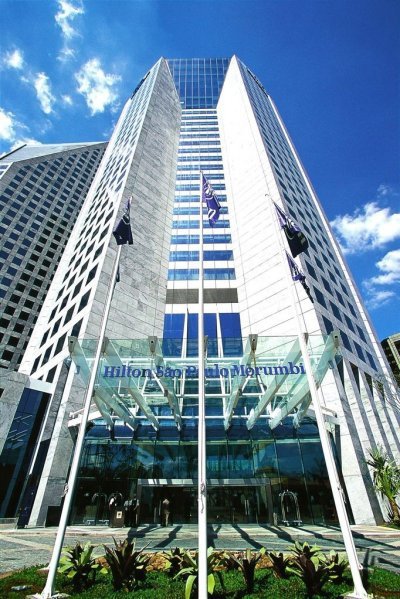 Three restaurants and bars including Canvas Bar & Restaurant, themed like an artist’s studio and offering Brazilian-flavored contemporary cuisine and a fantastic rooftop swimming pool with a spectacular view over the city. 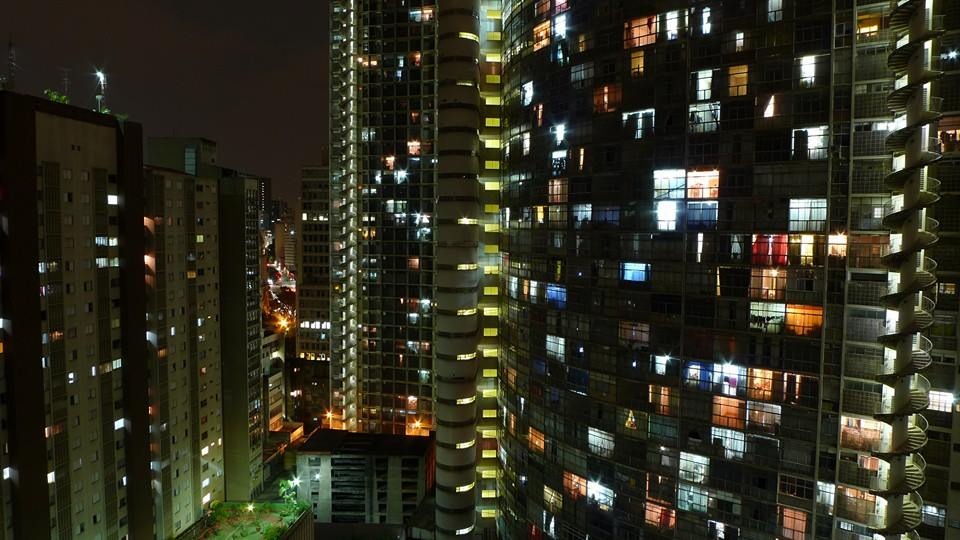 We enjoyed it very much to be here.

As usual a little foodie story in Sao Paulo; I had a chance to try out the modern “kappo” restaurant Kinoshita by Master Tsuyoshi Murakami.
Brazil is home to the largest Japanese population outside Japan and along with the people come the food, the produce and myriad aspects of Japanese cultures.
The district Liberdade in Sao Paulo has been established as a Japanese community “Japantown” since 1950s and authentic, quality Japanese restaurants can be found nearly everywhere in Sao Paulo. The only distinction, it seems, is that due to its tropical “one-season” climate Japanese cuisine in Brazil does not have the abundance of seasonal produce or is restricted by it.
What is “kappo”? “Kappo” – meaning “To Cook/Cut” – is a kind of personal dining where diners are seated, usually at a counter, behind which the chef decides his menu and prepares all the dishes. There is no prep kitchen elsewhere. The “kappo” menu is a hybrid between the keiseki or multi-course tasting haute cuisine and the izakaya or small portioned bar food. The erasure of the barrier between the kitchen and the dining room encourages an intimate and lively exchange between chefs and diners. At Kinoshita I was looked after sous chef Alex who inquired me of my likes and dislikes. In the end I opted for the “kappo” omakase which comprises of 9 dishes plus one dessert. Alex did most of the choosing. I was still given the liberty of requesting some dishes I fancied from the extensive A La Carte section to replace some of the intended tasting courses. It might be helpful to note that the price ranges approximately between €10 to € 35 per dish for A La Carte dishes. The meal commenced with an aphrodisiac shooter of fresh oysters, salmon roe, marinated nameko mushrooms and quail’s egg yolk. The vibrant freshness of the ingredients was enhanced by the gleaming yuzu-ponzu soy reduction. This was quickly followed by “Kai”, a dish of poached mussels with spicy miso sauce. The bean-y sweetness from the sauce, undercut by the refined pickle acidity from the cucumber ribbons, provided a body to the succulent mussels. I also liked the lingering tinkling sensation from the chilli infusion. Traditional grilled eel Unagi was served with batons of granny smith apple and daikon cress Kaiware. The next dish was medallions of raw flounder and scallop, sandwiched together to create a horizontal stack of multi-textured sashimi – soft texture from flounder and springy from scallop. The construction was toppled with salmon roe and peppery daikon cress and finished with the citric ponzu-yuzu soy reduction. Maguro was prepared seared/tataki style and arrived with spicy miso sauce and quail egg. Like the sauce for the mussel dish, it was tasty; the yolk added unctuousness to it. That said, as a whole, with stringy, minimally roasted spring onions and toasted sesame seeds, the dish tasted rather sweet and undermined the first-rate tuna. The sashimi put the meal back on track. The two cuts of tuna were brilliantly fresh. The garnish of rosemary spring did leave an aromatic scent atypical for sashimi serving in Europe.
Interestingly, the meal gathered its momentum with rice and soy sauce. Alex insisted I try the sushi rice and the soy sauce by themselves, before revealing the care and thoughts that had been put into these creations. Starting with the soy sauce, the kitchen at Kinoshita makes their own soy sauces. This one, in particular, is only served with sushi. It is prepared by a meticulous balancing of kombu, dried bonito, mirin, sake and salt. A pale shade of brown and crystal clear, and after a small sip, it released a calm, rice-y sweetness and a very subtle hint of salt. The soy sauce that accompanied the sashimi prior to this claimed a lot heavier salt content. I moved onto the rice ball presented with a light touch of wasabi. The ball was explosive. The sushi rice here is prepared from the not-so-old, short-grained Japanese rice that are exported to and grown in California. The grains are quite sticky and gel together well. In other words, they do not require much pressure when being turned into a nigiri by the sushi chef, hence the air space between the grains, the lightness and the explosive-ness. To counter the soy sauce, the kitchen seasons the rice with a stronger dose of vinegar – almost reminiscent of rice for chirashi sushi. In this context, they work surprisingly well. The ethereal state of the rice and the pristine taste emboldened the pure flavour from the fish. After the rice came my nigiri platter of tuna, red snapper, mackerel, scallop and seared wagyu beef. Next was an expertly pan-seared wagyu beef fillet, which was described as a migrating piece of beef. That is, a 100% Japanese breed but born and raised in Brazilian clime. It arrived temptingly pink. The taste was on the pure side – not so much aged – and the texture very firm. The duo of Japanese dried chilli flakes and salt did their job well. The parade of savoury dishes concluded with a heart-warming bowl of Kakiage Don. Kakiage refers to a tempura technique of assembling various ingredients to be deep fried together at once. In my bowl there was an assortment of very fresh scallop and prawns with julienne root vegetables, drizzled with the syrupy teriyaki sauce. Sweet but toothsome. The miso boast a clarity of great stock, while the pickled Japanese cucumber tasted more purely compressed rather than with a vinegary tang. The gummy chocolate moji and the white coffee ice cream were such a pleasing way to end my meal.

Known as one of the best restaurants in Rio, and named after the finest hotel in Venice, this award-winning restaurant offers exceptional Northern Italian cuisine.

Chef Luca Orini’s vibrant menu combines the best in Brazilian and Italian ingredients. Innovative dishes sit alongside classic recipes that have been in Orini’s family for generations.
Located in the heart of the Hotel Cipriani Restaurant’s kitchen, the Chef’s Table is one of the most exclusive fine-dining adventures in Rio. Guests to follow Chef Orini as he prepares an array of dishes inspired by the day’s freshest ingredients, we had lovely pasta and great wine from “Endrizzi”.