Konnichi wa! I love it to be in Tokyo, it seems that Tokyo have a fresh verve. 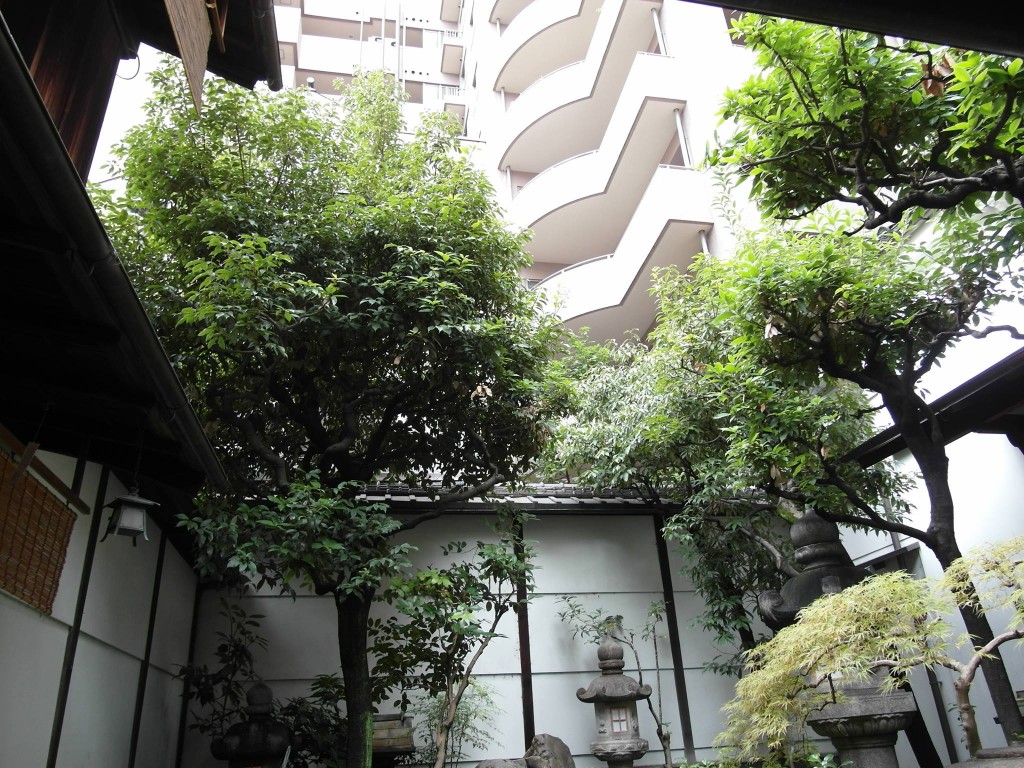 Tokyo’s Akihabara district (northeast of the city) is no place for those who do not like neon and noise. It makes the Japanese capital to the place to the home of sensory overload. Book and comic stores are packed with bespectacled teens browsing new and vintage manga and anime. Loudes of all are the area’s string of parlours specialising in pachinko, Japans vertical version of pinball.

Besides fashion, hipster culture and the efficient public transport system you get the inspiring retail and all-around courtesy which makes the pleasure to be there. We checked in at The “Shangri-La”. As probaly in every city in the world it is a fantastic hotel. 100%. One of the perfect luxury hotels in Tokyo, with a convenient location adjacent to Tokyo Station. As our travel collection evolves each day, we look beyond bricks, cooking pots and mortar to experiences our journeys offer.

We enjoyed luxury decor, couches even in the basement taxi lobby.

I am in love with Japan, checking in at the 200-room Shangri-La Tokyo can feel like a series of elegantly unfolding ceremonies in which you play the honored guest.
First there’s the silent, swift elevator ride up to the 28th-floor lobby, in a car with a chandelier made from glittering Swarovski crystals, followed by a crisp, equally quick stop at the front desk, after which a polite young man or woman, speaking impeccable English, escorts you to your room.

Fantastic views, I enjoyed a clear Winter’s day in Tokyo with a view of Mt. Fuji! 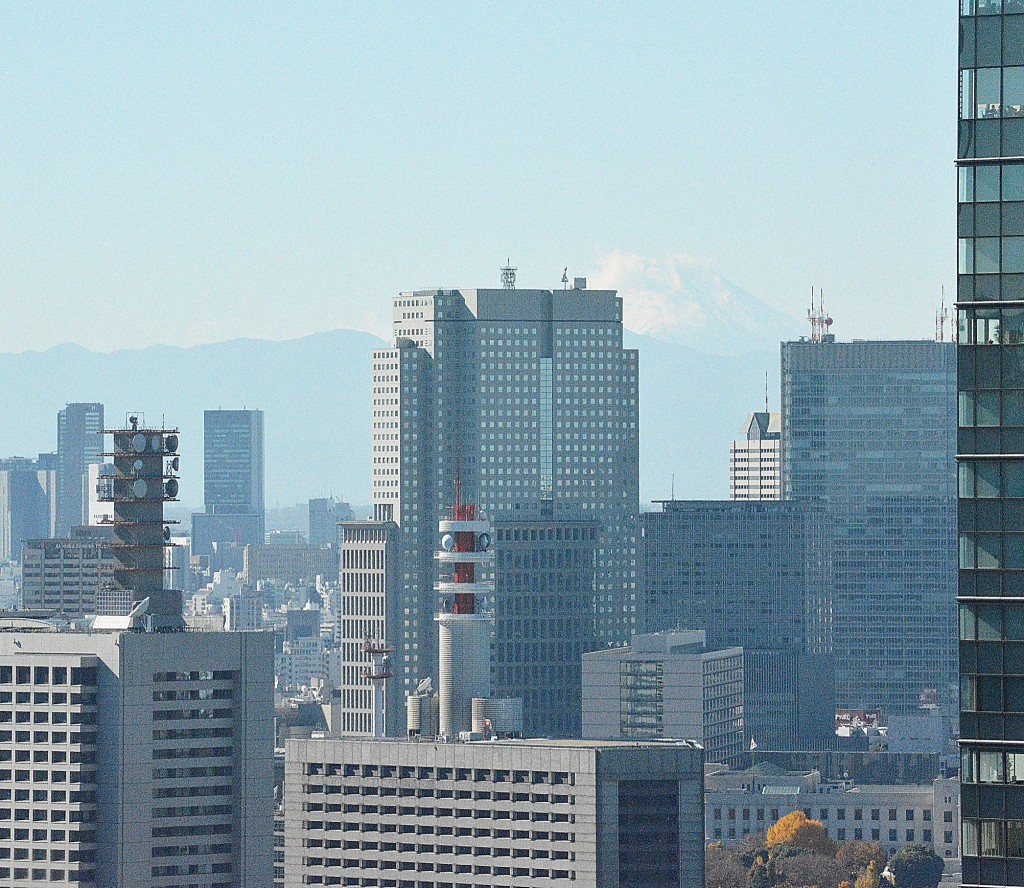 stic city views from the hotel’s swanky indoor pool.The guestrooms are masculine-chic, with warm earth tones and rich textures. The bathrooms are enormous and generously equipped with amenities you’ll be tempted to steal, along with the latest fixtures and appliances, which may spoil you for good.
After experiencing the state-of-the-art Toto toilets here, I found myself resenting having to lift a toilet seat myself — instead of it magically rising upon my approach.
Although there’s an excellent spa, an indoor pool and three restaurants and bars, the Lobby Lounge is perfect for a post-shopping respite. The location all but demands that you get out. It’s right above Tokyo Station, one of the city’s most important terminals and a subway hub. The station’s surrounding department stores and scores of eateries make for an easy entry into the city’s culinary and consumer wonders. Indeed, you could spend days here wandering the station’s web of underground shops and noodle stalls. And best of all, once you’ve had your fill of this frenetic metropolis, you have a hushed sanctuary to retreat to. Now that’s the best of both worlds.
In the Shangri-La the staff always help explain destination to bars, restos, taxi drivers, and bags are taken care of. Hmm. The room was fantastic, we checked in as high as possible and a view of the train station is fun, especially @ night when lit up, but truly stunning at sunrise with the view over Tokyo. The club lounge is also a great way to start the day. So a few basics, the hotel is located in central Tokyo and surrounded by some of the city’s most popular Malls Shangri-La Hotel, Tokyo is one of the quintessential hotels in Tokyo, Japan that is ideal for both business and leisure travellers. The Imperial Palace and the Nihonbashi area are both within 10 minutes’ walk, and the hotel is adjacent to Tokyo Station, where direct Shinkansen (Bullet Train) services connect to most areas of Japan.

In addition to Shangri-La’s hallmark Asian design concepts and gracious hospitality found throughout the hotel, every room enjoys striking views of the city.
For discerning travellers who demand the very highest standards of accommodation, six exclusive suites and 31 Horizon Club rooms are all located on the top floors and overlook sweeping vistas of the Imperial Palace or Tokyo Bay.
The city’s enclaves are as compelling as they are divers, sure Tokyo is booming, the city has hopes for the 2020 Olympics, the new national stadium designed by Zaha Hadid will be built regardless.

Tokyo at it’s best, we love it.

A early bird trip at 6am to Tsukiji – the giant fish market- is an essential stop not only for foodies.
The sushi breakfast and the seafood is unbelieveable good, famous for its freshness and astounding value.

Mitsuhiro Araki is a famous sushi master. He specialises in the simplest form of Edomae-sushi, served in a traditional way. You will find the resto in Ginza. Background story. He opened Araki in the residential area of Setagayaku, an area in the outskirts of Tokyo, but moved to the Ginza after receiving three Michelin stars in 2011. Mr Araki started his career at a hotel in Kanagawa after he graduated from high school, then went to Australia and worked as a chef there. When he was 25, he returned to Japan to be a sushi chef and started training. After eight years, he met his mentor, Takeaki Niizu, who was the head chef of a well-known restaurant Kiyoda in Ginza. Araki has now relocated to a smart ground floor location in the Ginza. The chef prepars the food in front of you at a wooden counter, the entire restaurant had just nine seats. Try sashimi of red snapper from Akashi. Go ahead with seared bonito, served with a little soy sauce. Both maguro and otoro are superb, a silky delight. So give a perfect 10 as sushi.

Its great to explore Japan by train.