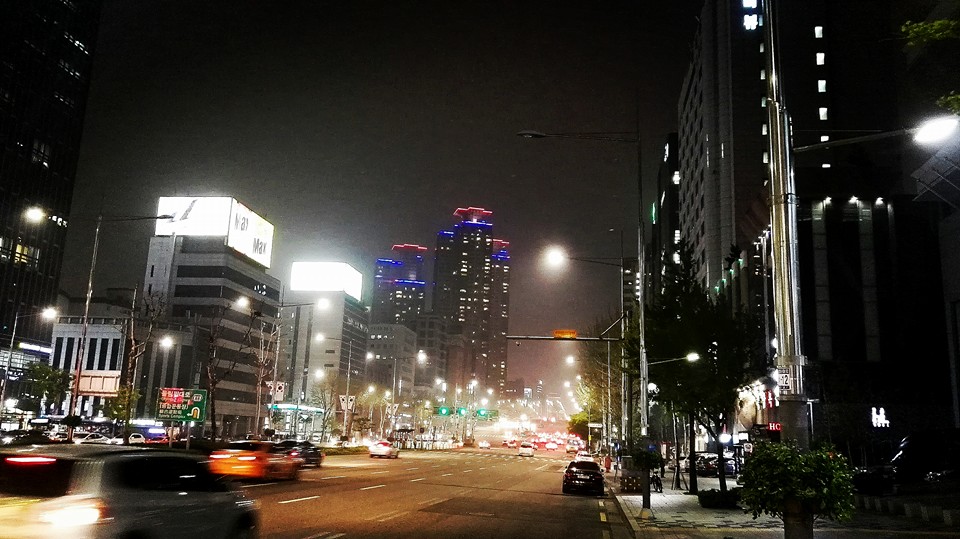 A breathtaking experience was Seoul. The city is the seat of government and it’s as crowded and competitive, if more homogeneous, as any other developed megacity.
The metropolis of the Republic of Korea and second largest metropolitan area world-wide goes back more than two thousand years. It was one of the “Three Kingdoms of Korea” and for me an amazing e 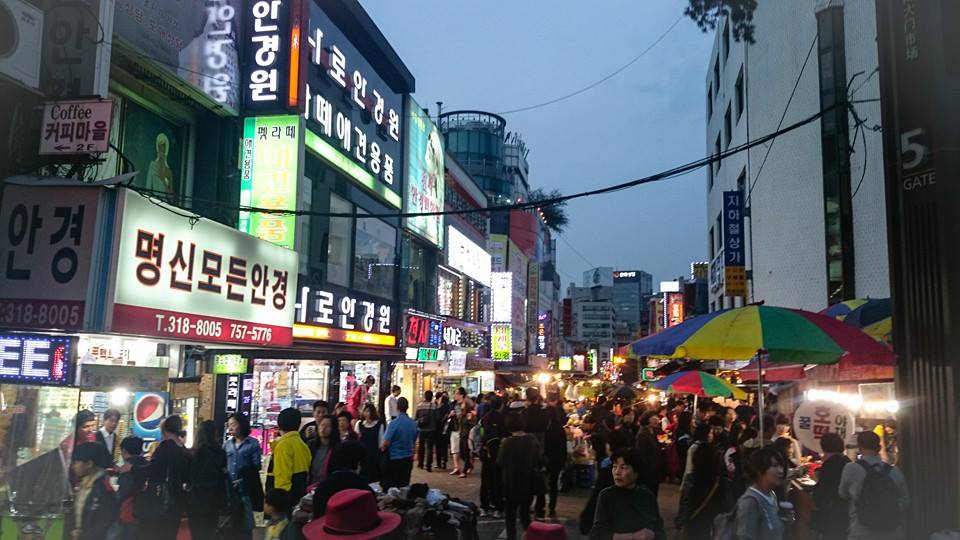 Skycapers dwarf shanty towns, throngs of delivery men on motorcycles jockey with expensive cars on the roads, and behind the straight major boulevards where multitudes of well-attired Seoulites shop at fancy boutiques and posh department stores, lies a maze of narrow alleyways filled with innumerable shops selling everything from dried squid to cell-phone paraphernalia. This bustling city has a lot to offer so when you visit the South Korean peninsula, an island because of the border with the communist neighbour North-Korea you must see some of the tourist spots as well as places that are a bit more special.

I enjoyed the different views over Mount Namsan and the five UNESCO World Heritage Sites:
Hwaseong Fortress, Jongmyo Shrine, Changdeok Parlour, Namhansanseong and the Royal Tombs of the Joseon Dynasty. Seoul is surrounded by mountains and famous for food.

There are a few outstanding restaurants and bars:

Our hotel Lotte is just in the middle of the shopping district of Meyeongdong.
Different experience, but just a few steps and you are in the center. 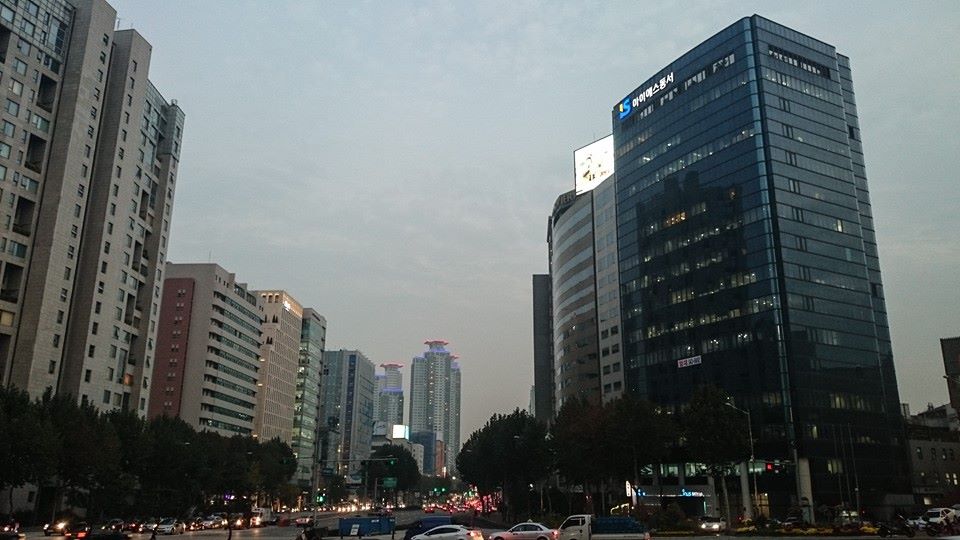 There are hundreds of street stalls, bars, restaurants. Most of the people speak fluent Japanese and Chinese and English. But it is also not too far away from some other great places such as Insadong and BukChon area. The hotel staff tries their best to serve and we enjoyed it. Many of the guests were mainly Japanese. If you like the local touch, it is easy to take the metro, which is below the hotel.

History and location: Situated on the Han River, Seoul’s history stretches back more than 2,000 years when it was founded by Baekje, one of the 3 Kingdoms of Korea. It continued as the capital under the Joseon Dynasty & the Korean Empire. The Seoul National Capital Area contains four UNESCO World Heritage Sites: Changdeok Palace, Hwaseong Fortress, Jongmyo Shrine and the Royal Tombs of the Joseon Dynasty. Here you will find Mount Bukhan, the world’s most visited national park. Seoul is the top travel destination by Chinese, Japanese and Thai tourists.

We would I higly recommend the national dish #1, Bibimbap, a beautiful Bibimbap you will get on the 38 floor of “Lotte”… Enjoy.
One more resto tip: PIERRE GAGNAIRE à Séoul, a top-notch French fine-dining restaurant located on the 35th floor of the New Wing, is truly delicious and you can experience the creations of world-renowned master chef Pierre Gagnaire personally. The stylish décor is set apart from other restaurants, and the spectacular view of Bukhan Mountain and downtown Seoul is breathtaking, it serves artistic French cuisine prepared by using state of the art
cooking methods. It features an impressive collection of 270 different wines, of which 130 wines have not been introduced in Korea before. It was the first hotel restaurant in Korea to acquire the HACCP (Hazard Analysis Critical Control Point)certification from the Korea Food and Drug Administration after a thorough review of food safety and hygiene management.
Seoul is great for food. 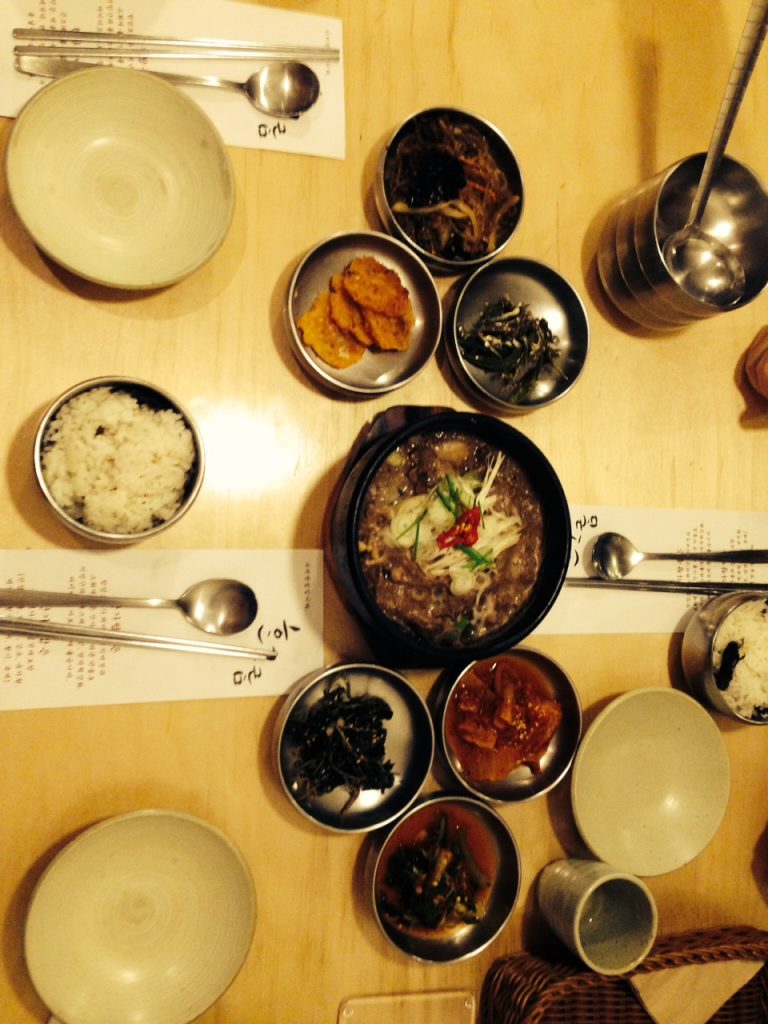 For sure you will get some lovely food everywhere on food courts and in the city. Beautiful, enjoy.

For me it always joyful and great to be here.
Hotel Lotte