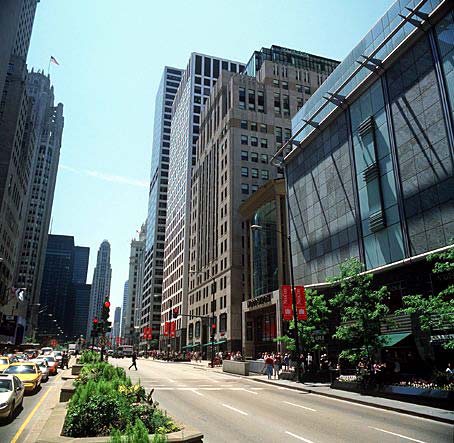 Chicago nicknamed Windy City, is the third most populous city in the United States.
Chicago was incorporated as a city in 1837, near a portage between the Great Lakes and the Mississippi River watershed.
Today, the city is an international hub for finance, commerce, industry, telecommunications, and transportation, with O’Hare International Airport being the second-busiest airport in the world in terms of traffic movements. 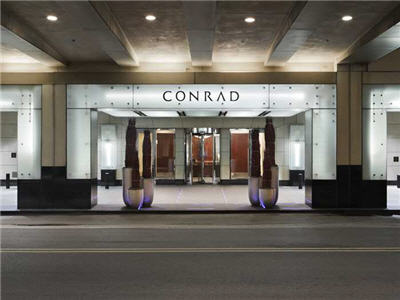 The art deco–inspired lobby avoids feeling like a period piece through its creative floral arrangements, and the rooms here—featuring European duvets, oversize pillows, plush bathrobes, and slippers—aim to pamper. The rooftop Terrace Restaurant and Bar also impresses, with stellar views and free Sunday night movies in good weather. And there’s complimentary morning coffee and tea service. The building’s limestone facade was cut from the same quarries as the Empire State Building and Tribune Tower.
The hotel is the perfect location along the magnificent mile for Fashionistas alike.
Its near Michigan Avenue and ideal for spring weekend getaways to experience Chicago in bloom, particularly the gardens of the Mile and Millennium Park. It boasts contemporary furnished Chicago hotel guestrooms and luxury amenities by Acca Kappa.

Nearby things to see are Lake Michigan, Millennium Park, Navy Pier and the Museum of Contemporary Art Chicago and Adler Planetarium.
Its worth it.