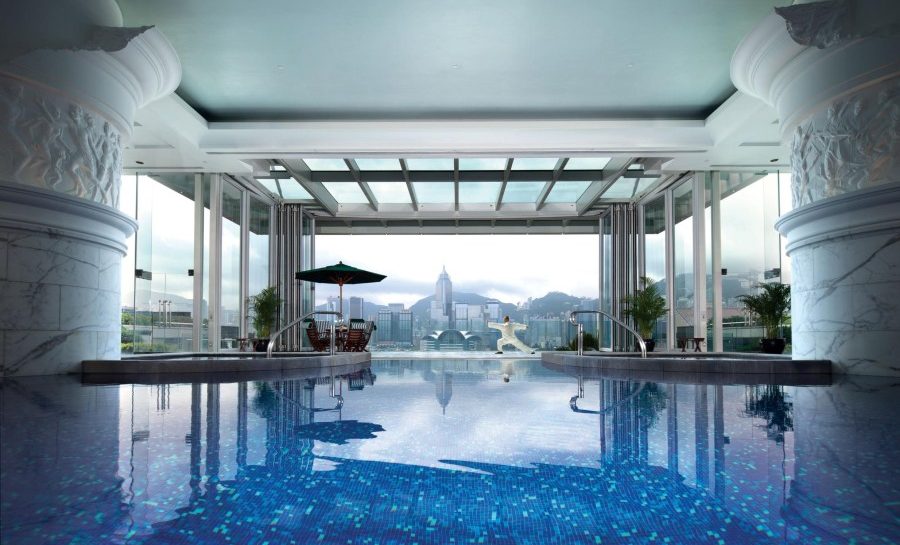 Hong Kong is one of my favourite cities, I used to work in 2009 on Causeway Bay, since this time I love this place which gives you a very nice experience.
The luxury experience you will find here. 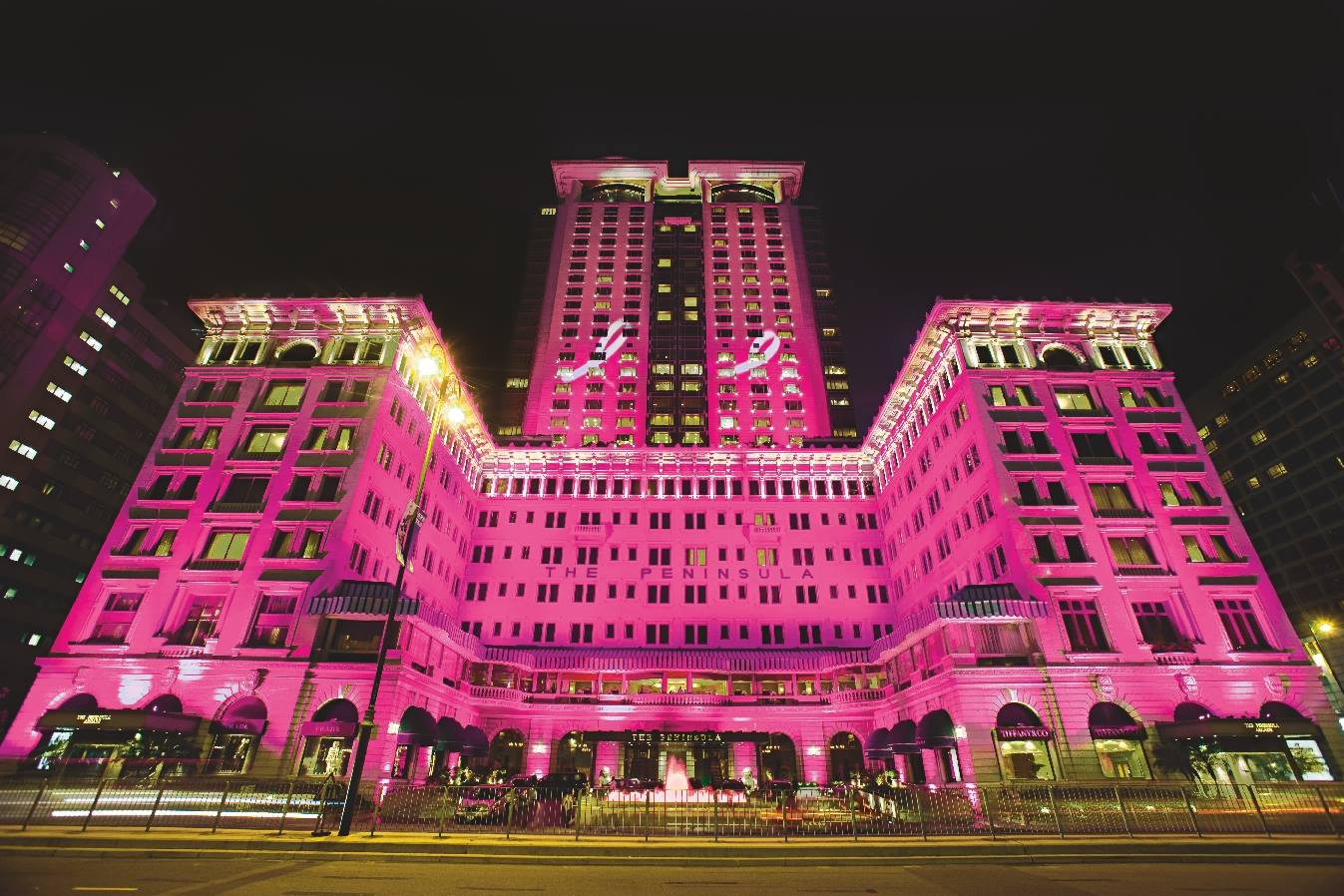 It is the most historical hotel in Hong Kong.
Located at the junction of Nathan Road and Salisbury Road in Tsim Sha Tsui.

My favourite 5 star++ hotel was build by members of the Kadoorie family and is part of the Hongkong and Shanghai Hotels group headed by Sir Michael Kadoorie.

You can say it is the key property of the The Peninsula Hotels group.

History: The Peninsula is widely regarded as one of the region’s legendary properties.
Major General Maltby discussing the arrangement of surrender with Japanese at the Peninsula Hotel on December 25, 1941.
It was opened in Tsim Sha Tsui, Kowloon, Hong Kong in December 1928, built with the idea that it would be “the finest hotel east of Suez.” Passengers arriving in Hong Kong by ocean liner disembarked onto the quays of Kowloon plus, it was the last stop on the trans-Siberian rail link that brought travelers from Europe. As such, the Peninsula hotel was ideally situated to take advantage of the increasing number of wealthy visitors to the area.
From the moment the hotel opened its doors to the first guest, the Peninsula name has been synonymous with welcoming the rich, the famous, the titled and the titans of industry to a place of unsurpassed luxury and service.

The hotel is also distinguished by its fleet of signature Rolls-Royces, which can be hired by guests. These cars are painted in a distinctive shade of green known as “Peninsula green”.

On 25/12/1941, at the end of the Battle of Hong Kong, British colonial officials led by the Governor of Hong Kong, Sir Mark Aitchison Young, surrendered in person at the Japanese headquarters on the third floor of The Peninsula. The Governor was confined for two months in one of the hotel suites before he was shipped to a prison in Shanghai. The resort was then renamed “The Toa Hotel”, and the rooms were reserved for Japanese officers and high-ranking dignitaries, while Hong Kong sank into misery and destitution.
It was restored to its original name after Japan was defeated and the British regained control of the colony.
In 1994, an extension was added to the original hotel in the form of a 30-storey tower, which is topped off by a helipad. Many happy landings.

This is just the best experience we ever had. You can even feel how Clark Gable teached the bar stuff how he would like to have his “Screwdriver” cocktail. 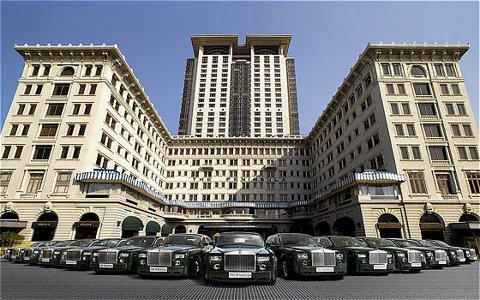 Furthermore it is featured in “The Man With The Golden Gun”, 007 James Bond (Roger Moore) checked in.
Finally the Corporate Hotelier of the World 2013 is Mr Peter C. Borer Chief Operating Officer- The Peninsula Hotels & Executive of The Hongkong & Shanghai Hotels.

Must do in the Pen: The legendary Afternoon tea

Continuing with our F&B experiences in Hong Kong, today the tea session:

A live band was playing classical music in the gold and creme coloured lobby.
This all between the glittering chandeliers and the palms was a magical setting.
Tea is served from 2:00 to 6:00pm, well, it took some time to get a table.
It could have been because it was the weekend, but regardless, if you decide to go have tea at The Peninsula, be sure to arrive in time.

But moving on to the tea, it was great, we had green tea and mango tea. They were delicious and it was absolutely decadent to be here!. Do not miss it.

On the second floor of the IFC shopping mall in Central Hong Kong is St Betty, a slightly unlikely location for the latest venture of Alan Yau (founder of Wagamama and Hakkasan). The formula for St Betty is not entirely obvious: vaguely European food with Asian touches, with a shopping centre location, 130 cover size and lack of tablecloths hinting at a quite casual format, but the level of work in the dishes and the pricing suggesting otherwise.

The dining room has a large display of fruit at the entrance, a stone floor and a white wall on one side, a view out from the mall through picture windows on the other. There is a short wine list, with wines such as Te Mania Sauvignon Blanc 2010.

The “21st century egg” took chopped century egg (a Chinese preserved egg) with black truffle, poached and rolled with Parmesan and then deep fried and garnished with a sliver of truffle. This was served with asparagus that had been cooked on the Josper grill (an enclosed grill that keeps the flavour in) and topped with Parmesan, served with lemon mayonnaise. This had been made using whole eggs rather than just the yolks in order to make it lighter. The dish was dressed with hazelnut in vinaigrette. The overall creation was fantastic.
Followed by a beef carpaccio which was served with capers and rocket with pumpkin seeds and a red wine vinaigrette. The beef had good flavour, the capers lifting the dish. Yummy.
No dessert for us. It was a nice evening.

If you travel through China, House & Hotel Magazine have two more restaurant tips for Shanghai City:

Restaurant tip #1 in Shanghai: Three on the Bund

Each course is paired with 360 degree video projections, surround sound music (a different song tailored to each course) and even custom scents: sometimes they waft from a pressure cooker which is hand carried around the room, sometimes from a scent machine installed in the ceiling and with one course, the scent of cigar smoke captured in a glass dome is held up to your nose by a waiter.

The full dinner includes 20 ‘avant garde’ courses, for other courses, many of which are paired with drinks ranging from dessert wine to peppermint tea, projections include crashing ocean waves, ancient trees in fog or Indonesian masks. A ‘micro fish and ship’ course is actually a single giant caper berry deep fried in batter and paired with anchovy tartar sauce. The food is central to the night, never just a prop; each meticulously crafted bite is so delectable, we’re left craving more after nearly every course.

We had a great time here, perfect delicious experience.