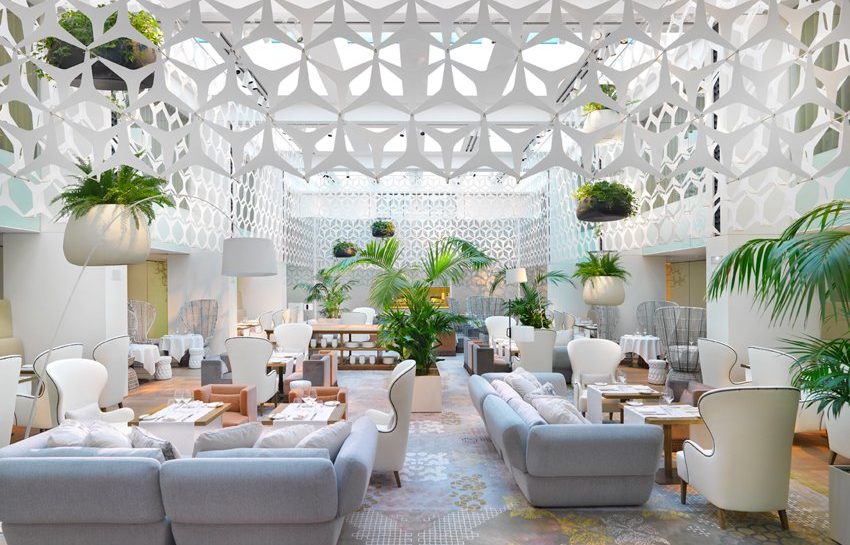 Spending three years in Asia, since this time I love the Mandarin Oriental Group.

I just love this great hotel on the Ramblas, a street in central Barcelona, popular with both tourists and locals alike, between Bari Gòtic and El Raval, connecting Plaça de Catalunya in the centre with the Christopher Columbus Monument at Port Vell. 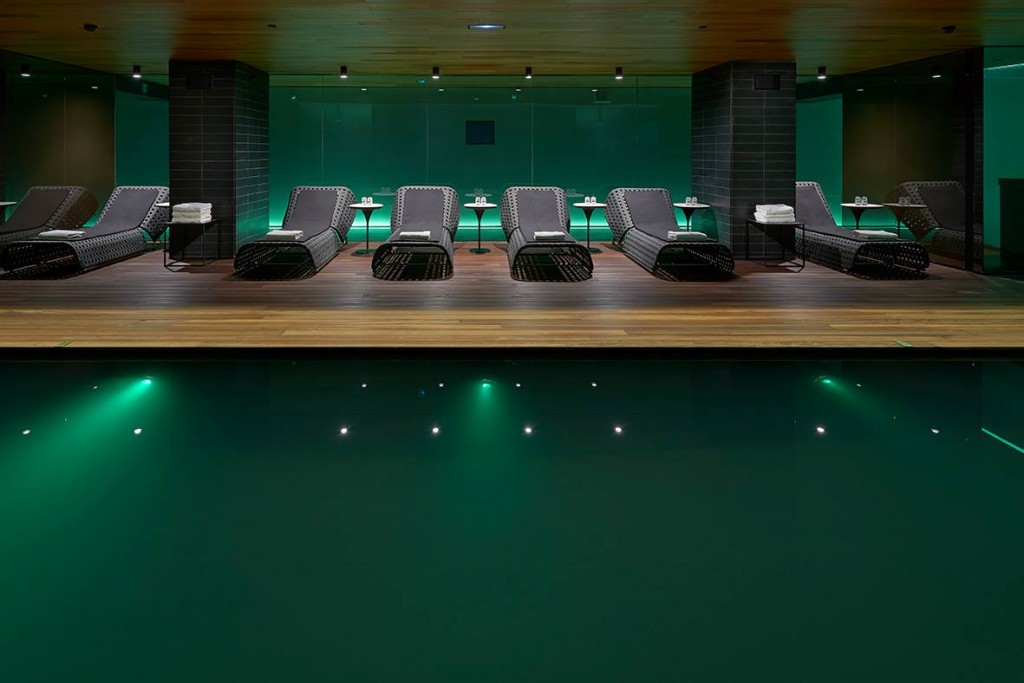 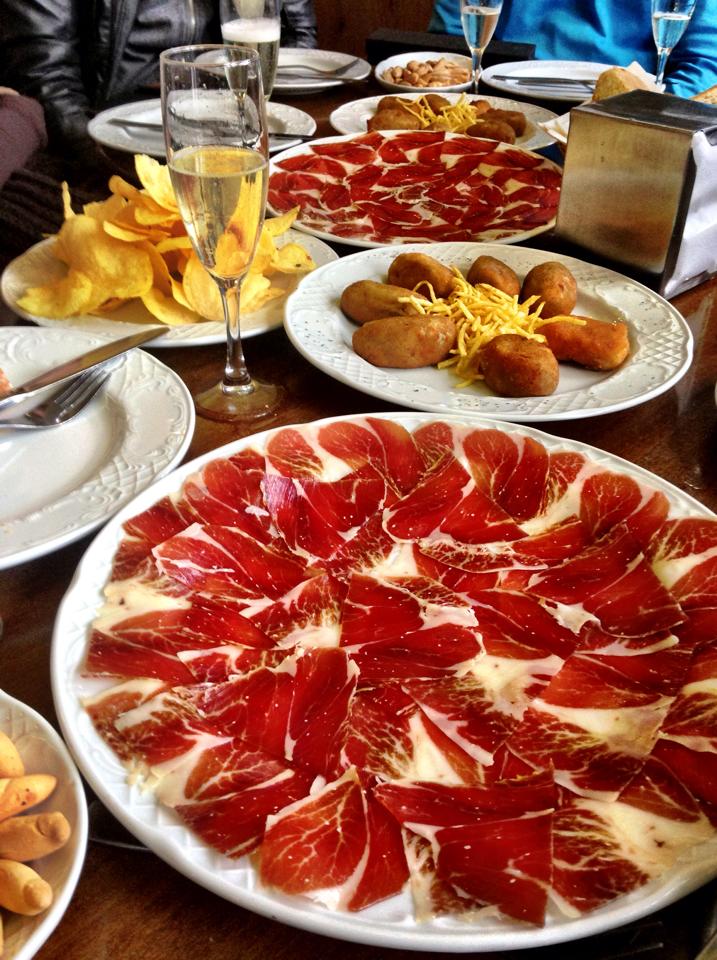 If you travel in Spain, do not miss “my” resto in Girona, nearby Barca.

It is run by the three Roca brothers: Joan Roca is head chef, Josep Roca is sommelier and Jordi Roca is the patissier. The restaurant is situated in the pleasant town of Girona, which has a well-preserved medieval old town and is about 60 miles north of Barcelona. The restaurant opened in 1986 but moved to a purpose built new building in 2007, with large kitchens giving plenty of room for its 30 chefs to work. There is also a large temperature-controlled wine storage area at ground floor level to accommodate the vast wine cellar, of which more anon.

The tables are set with crisp white linen and Rosenthal china. There are tasting menus around 150 €, as well as a la carte dishes. The restaurant is noted for its large wine selection, and the two huge wine lists, one for white and one for red, are mounted on their own trolley and wheeled to the table. While you consider the wine lists a little bush arrives at the table, on which hang caramelised olives which you pick.
Although this is an original presentation idea I found the sweet taste from the caramel a bit special.
There are no less than 2,800 separate wines available, with 60,000 bottles stored in the cellar area.
We drank the superb Alion 2001, which is worth a brief diversion to discuss. Alion is the second wine of Vega Sicilia, whose Unico is one of the great wines of the world. Alion represents terrific value.

2001 is a particularly good vintage to drink since no Unico was made that year due to frost, so all of the grapes that could be salvaged that would normally make Unico went into the Alion.

A little Bellini cocktail appeared in a chocolate sphere; this was lovely, the peach taste coming through very well. This came alongside a little blob of rich chicken mousse sandwiched in-between two very delicate slivers of fried potato.A further nibble was deep fried anchovy bone with rice tempura, which was tasty and was made with very delicate batter, followed by an appetiser of mushroom brioche with hot meat consommé. The brioche had an incredibly light texture, a really remarkable piece of baking that practically melted in the mouth. Given the quality of the brioche, the consommé seemed merely pleasant, with fairly gentle taste and was not quite as hot as it might have been. This was followed by smoked caviar omelette, offered with a bonbon of pigeon liver with sherry spiced bread confit orange and pine nut cream. The rich liver flavour came through strongly and the omelette worked well.
The breads were made from scratch in the kitchen here and were impressive. The tray had a selection of white bread, ciabatta, multi-grain, olive bread, a particularly fine apricot and nut bread, brioche of olive oil and tomato and also brioche of black olive.
The breads had lovely texture, and the flavours came through really well. European lobster was very tender and had excellent flavour, served on a bed of absolutely superb rich black trumpet mushroom sauce. We had smoked langoustines, which were beautifully cooked, served with a lovely sauce made from the head juices, onion and Comte cheese, which had a fairly subdued flavour, which in this case was just what was needed as it allowed the delicate flavour of the superb langoustines to really shine;
My main course was a veal steak tartare, using veal from Girona. This was served as a rectangular slab, on which were dots of mustard ice cream, mustard leaves, spicy tomato ketchup, caper compote, Sichuan pepper, a little lemon compote to provide acidity, praline cream and dried of Olorosso sherry, with a garnish of little fried potatoes and smoked paprika; this was finally offered with a little pool of meat béarnaise sauce.
I had an excellent apple dessert, with apple in a series of styles and textures, with little leaves of crisp apple surrounding apple ice cream. Followed by very good coffee and a selection of petit fours.

La quenta, Restaurant owners across Europe could benefit from a hard look at their pricing of these ancillary items and explain to customers why they charge much more than this three star Michelin restaurant.
Overall this was a superb meal, with terrific ingredients, high levels of technical skill on display, well judged flavour combinations and attractive presentation. Service was excellent throughout, helpful and highly professional.

For me this is the best restaurant in Spain, and is one of the most fairly priced three star experiences anywhere in the world.

I will come back soon.

The press trip was supported by the Tourism board Catalunya.