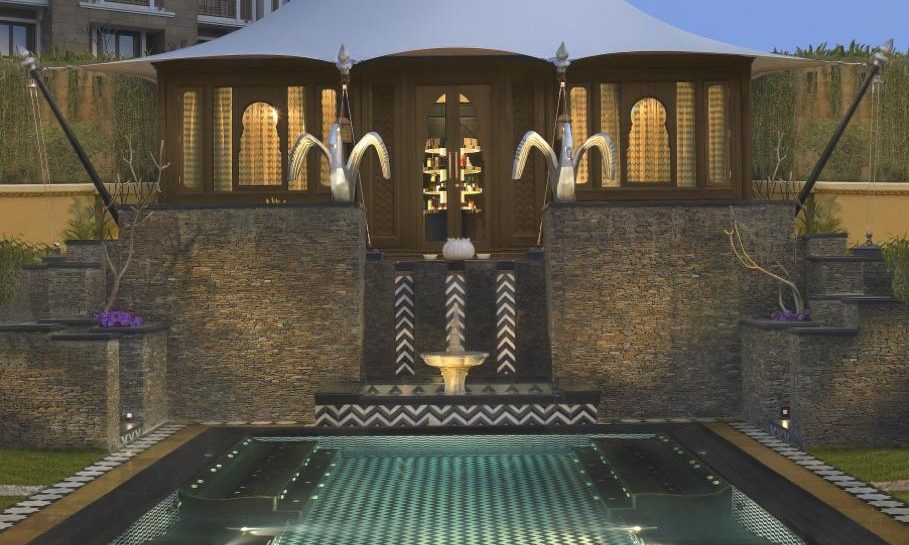 First of all, India is different:

Today we feature a funky new luxury hotel in India, “The Leela”.

The Leela Palace New Delhi represents the magnificent architecture, grace and elegance of Delhi.
This is an an experience, luxury of oversized suites and guestrooms equipped with the latest technology. 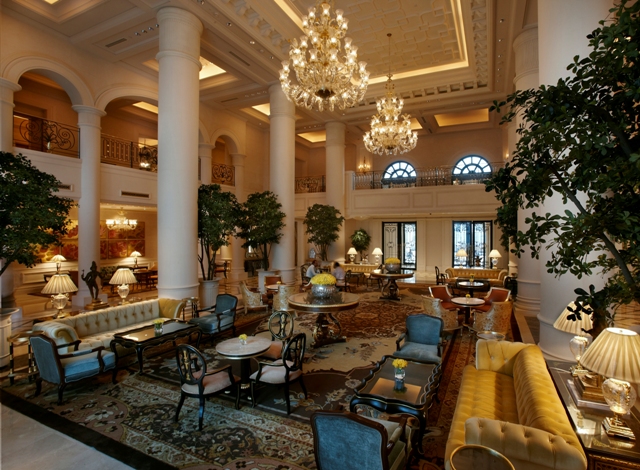 We enjoyed it very much. The hotel belongs to the Kempinski group and if you like India, you will like it as well.
Magnificently ornate, palatial expanse has welcomed both Hollywood celbrities, like George Clooney, Tom Cruise and the Crown Prince of Morocco since The Leela opening. From gold-leaf ceilings to Bulgari toiletries, no detail has been overlooked, and a dedicated elevator, bulletproof glass, gym, spa, 24/7 butler and Rolls-Royce Phantom cater the center of New Delhi. 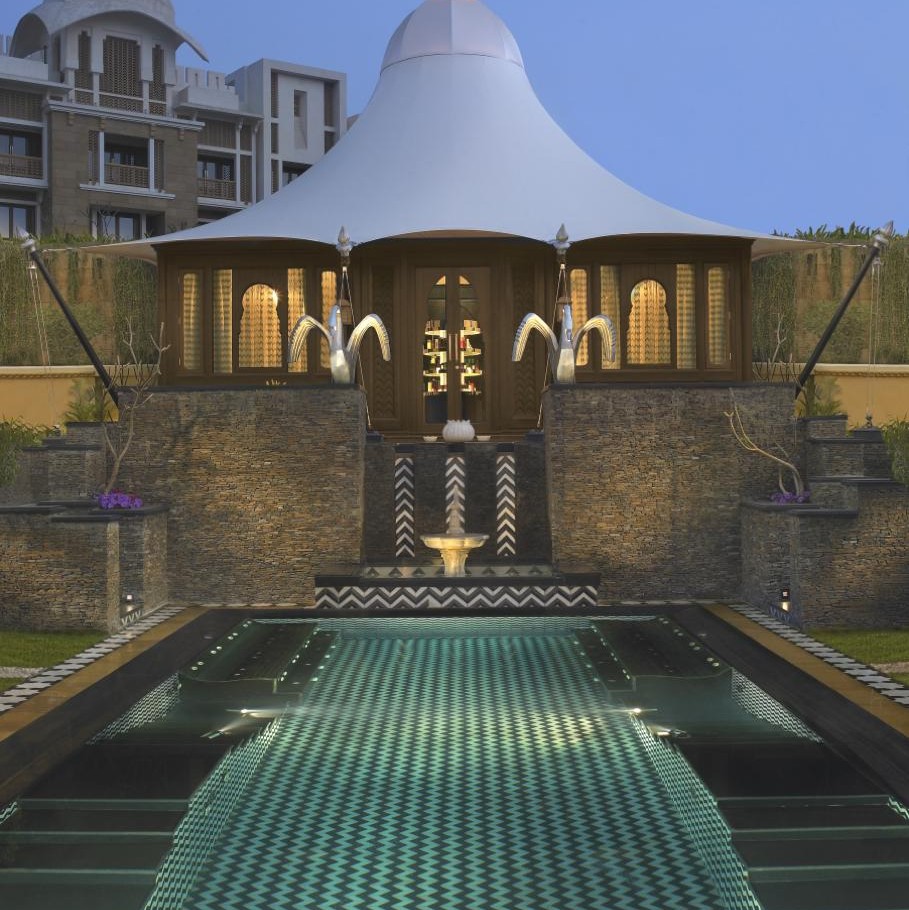 As the national capital, New Delhi is the seat of executive, legislative and judiciary branches of the Government of India.

The foundation of the city was 1911. It was planned by two leading 20th century British architects namely Sir Edwin Lutyens and Sir Herbert Baker. The new Capital was christened “New Delhi” in 1927. There are areas like Old Delhi and Mehrauli in New Delhi which have a number of heritage structures.
It is one of the fastest growing cities in the world and has a total population of nearing three hundred thousand residents. New Delhi is one of the world’s top global cities. Delhi is probably the most expensive city in India and famous for a few things like Red Fort, India Gate, Humayun’s tomb and not to forget: the Taj Mahal.
The historical monuments, forts and wonderful chowks in old Delhi are typically where most tourists head for first. If you have the time, try and walk around areas like Nizamuddin East, and Prithviraj Road. The houses, trees and wide avenues show another side of this amazing city. They are upper-class areas, but still nevertheless close to parks like Lodhi Gardens, and old historical monuments. Safdarjungs tomb is very close to Nizamuddin East.

The architecture of these houses, and the gardens, is so different to the ‘other’Delhi. I was amazed by the mansions on Prithviraj Road. It is known as ‘Ambassador Row’. Nizamuddin East is a ‘gated’ suburb, and thus very safe to walk around in.
The trees and shrubs are lush, and bougainvillia thrives here.
Birds especially eagles, fill the skies with their distinctive cries as they ride the currents above Delhi. Amazing experience.
Furthermore there is a amazing sound of birds, everywhere in Delhi. Eagles perch on overhead wires, and rooftops.It is astonishing that all this bird-life flourishes in the busy city. But with so many trees and wonderful parks it is understandable.

Bring your flipflops, it’s worth it.

If you travel further up north in direction Pakistan, you should not miss the border ceremony.