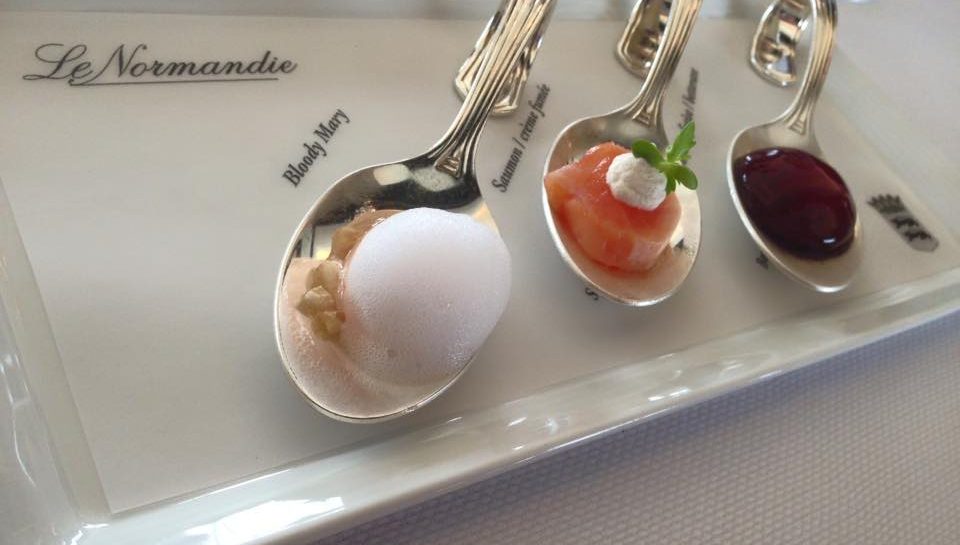 The Mandarin Oriental define the destination. 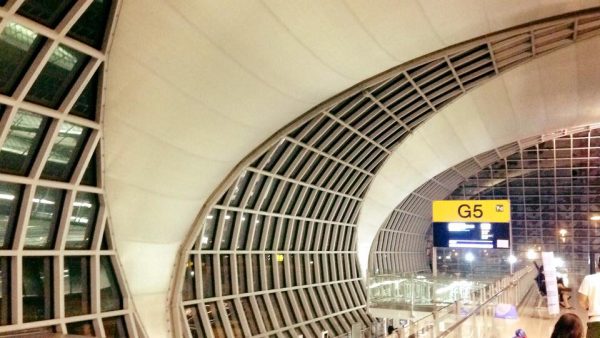 A lovely (culinary) experience in BKK. Mr. Sauthier was delighted to share his culinary passion with us.For sure he takes Le Normandie’s diners to new heights of fine dining excellence and delights and introduces a new generation of culinary explorers to the sophistication of his native haute cuisine. 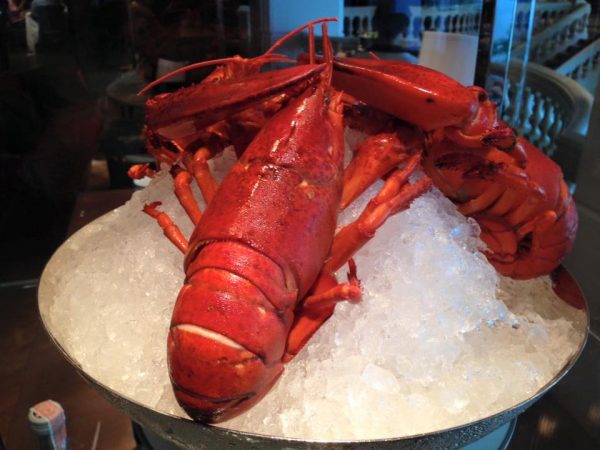 I used to live and worked in the “city of angels” for three years, I love it.
Of course I am fan of Mandarin Orietal hotels. 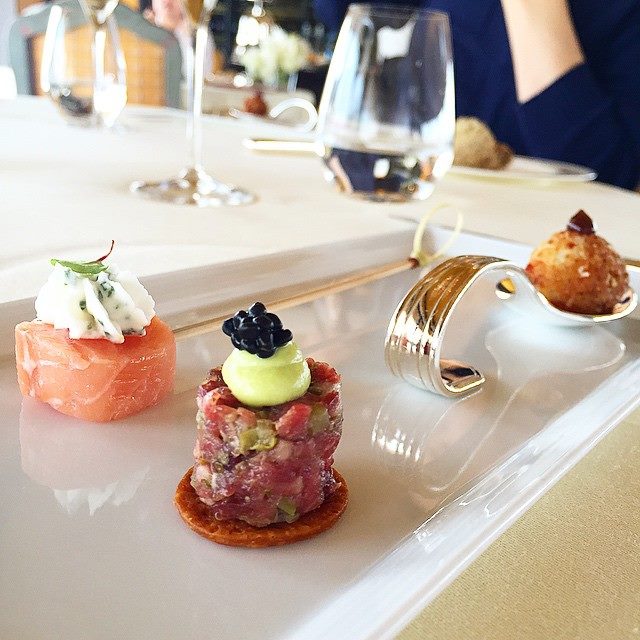 The press lunch and dinners were always amazing. Yummy. The Le Normandie at Mandarin Oriental was originally opened in November 1958 as Le Normandie Grill sitting majestically on the top floor of the then Tower Wing, now known the Garden Wing of The Oriental Bangkok. 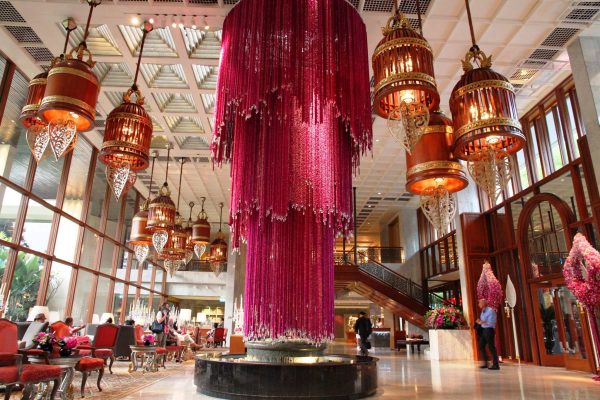 Then it was regarded as an architectural masterpiece being after the Dusit Thani one of Thailand’s tallest buildings. The restaurant was located in a long opulent room featuring a Norman-style chimney-piece topped by two rampant lions, the emblem of the French Department of Normandie. At the time, a Bangkok Post article commented: “Probably the best location for tourists of any restaurant in the whole of Bangkok, and combined with good food and service this roof-top establishment is deservedly the first place that residents usually take their visitors from overseas for a meal. 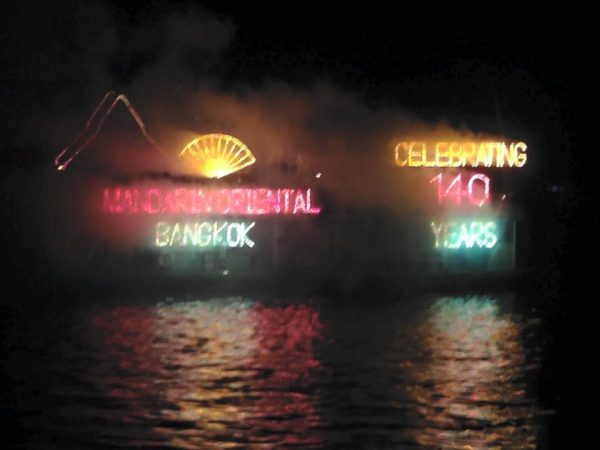 Im 1969 Le Normandie was Bangkok’s first fine dining restaurant. It offered 12 tables, sparkling chandeliers, antique furniture and floor to ceiling Windows overlooking the majestic Chao Phraya River. The hotel has always believed that that the difference between a good hotel and a grand hotel was the quality of its food and dining service. To deliver that expectation In the mid-70’s, then Executive Chef Norbert Kostner put the restaurant on the global culinary map when he invited 3 star Michelin starred chefs to cook at The Normandie.

They included culinary legends as Paul Bocuse and Mîchel Roux.

More recently in 2015, Le Normandie was rejuvenated with its second renovation that delivers a contemporary interpretation of its original grandeur. The new interior preserves the classic elegance of one of Asia’s best loved French restaurants, together with striking new features such as handcrafted chandeliers. A new wine cellar featuring top selections of both Old and New World wines, a customised dessert trolley and Mandarin Oriental, Bangkok’s legendary tableside service complete this fine dining experience, served with the impeccable service and elegant ambiance that is Le Normandie.

Food as always been the hardware of the dining experience with its flawless impeccable service that seems to happen as if by magic, being the software. What defines this exceptional dining experience is the attention to detail from the daily fresh flowers on the table to the stool beside the chair where guests can place their valuable leather accessories to protect them.

While much in the world has changed over the past decades, the views from Le Normandie over the River of Kings remain sublime, and we are delighted to invite all foodies, culinary adventurers and bon-viveurs to discover what the highest echelons of Thai society and the world’s rich and famous have been savouring for nearly 60 years. In the kitchen works Chef de Cuisine Arnaud Dunand Sauthier. He creatively prepares and modern French cuisine with delicious seasonal tastes and flavours, Using only the freshest ingredients, many from the Royal Projects in the north of Thailand and the best produce that his native Normandie and Brittany regions have to offer, highlights include marbled foie gras with prune and toasted brioche; Chateaubriand of beef from Salers with truffle sauce; and parmentier of beef cheek with winter truffle. He also believes in creating dishes with purely regional ingredients, such as Brittany Lobster roasted à la minute and served with native buck weed.

He brings over a decade of experience in fine dining to the table, having worked with renowned culinary talent worldwide, including Georges Blanc in Vonnas; Marc Veyrat in L’Auberge de L’Eridan; and Emile Jung at Crocodile. He also spent three years at Maison Lameloise in Bourgogne before venturing to Le Crillon in Paris under the leadership of Jean-Francois Piège.

He is delighted to share his culinary passion with Mandarin Oriental, Bangkok, where he takes Le Normandie’s loyal diners to new heights of fine dining excellence and delights and introduces a new generation of culinary explorers to the sophistication of his native haute cuisine. For this extraordinary young talent whose personality is literally as big as his heart, his passion for food is as spectacular as his zest for life. “I am a young man myself who is travelling the world in search of new experiences and gastronomy, and Le Normandie is my opportunity to share the best of my culinary journey so far with fellow travellers,” says Chef Arnaud.