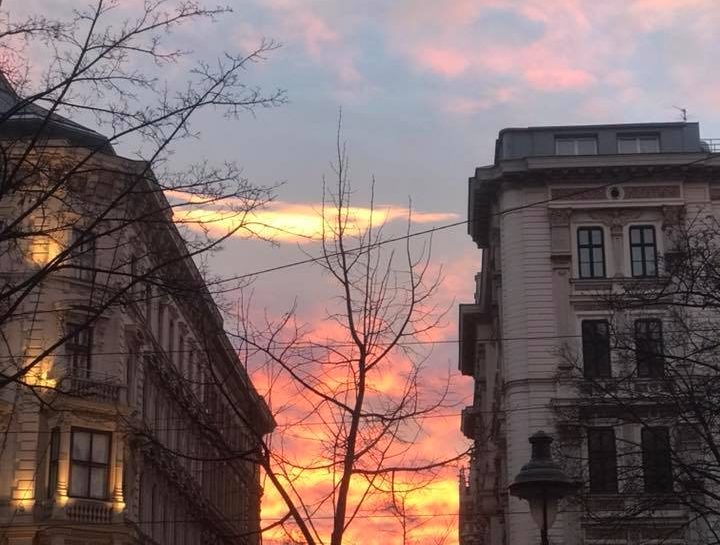 The Grandhotel offers a glamorous journey through time

It’s a glamorous, elegant place – sparkling and exciting, stylish yet natural. It offers very intimate and individual breaks from everyday life in its 98 double rooms and 54 suites.

With The Leo Grand, the Austrian capital has gained a new attraction.

With foundations that go back to Roman times, the building in Vienna’s 1st district is a listed building.

The house owner at the time, Samuel Oppenheimer, was the main financier of Emperor Leopold I which gives gives the hotel its name.

Leopold (affectionately called “Leo” in the hotel) had a eccentric character and was enthusiastic about theatre, music and art.

The Leo Grandhotel features his extraordinary preferences and define luxury in a cheeky way.

Its ubiquitous presence creates something light and airy and encourages people not to take themselves too seriously and prefer to be who they really are.

You feel like been beamed in baroque era times.

Palm tree wallpaper adorns the walls, elegant rugs lie on the stone floor and golden details can be found in every corner.

Next to it is a small dressing table with a pompous pink chair that makes you feel like Sissi.

At the head of the large bed are high wall cushions, shaped after the curve of the famous Habsburg family.

Hidden behind a wallpaper wall of wild animals, Viennese buildings and portraits of Leo, the bathroom is decorated in a lovely pastel blue.

A highlight is the wooden roof truss, which gives the room a rustic cosiness.

Between the wooden beams, several niches by the window invite you to read and relax. Here I can look over the rooftops of Vienna, see what’s happening in the city from above and even catch a glimpse of St. Stephen’s Cathedral.

DOTS at The Leo Grand

On the ground floor of the hotel, the inner courtyard where you can dine under the open sky in summer, the roof can be closed during the cooler seasons enjoyment is celebrated in every way.

The restaurant belongs to the DOTS group of the sought-after chef Martin Ho. Under the motto “Eat, Drink, Love, Repeat”, the restaurateur, who is very present in Vienna, establishes a fusion cuisine that playfully combines the local style with international cuisine.

Besides the sushi, the shared plates are also highly recommended. So you can enjoy the high-quality and incredibly good food together, such as the dry aged roast beef.

Delicious wine from the Lenikus organic winery is served with the meal.

There is an extensive à la carte breakfast menu for guests at DOTS.

From “Eggs Benedict” to waffles and omelets – everything with that special DOTS something.

And there’s also something to smile about: The names of the dishes are all based on films by LEO-onardo DiCaprio e.g.

“The Titanic Glory”, “The Wolf of Omelette”, “The Beach Bowl”, “Catch me if you Waffle” and “Gatsby Knight”.

Cool, like it. The hotel is and worth a visit.