The 93-room Waldorf Astoria offers perfect luxury, it is located on Herengracht, which is the so called Gentlemen’s Canal. 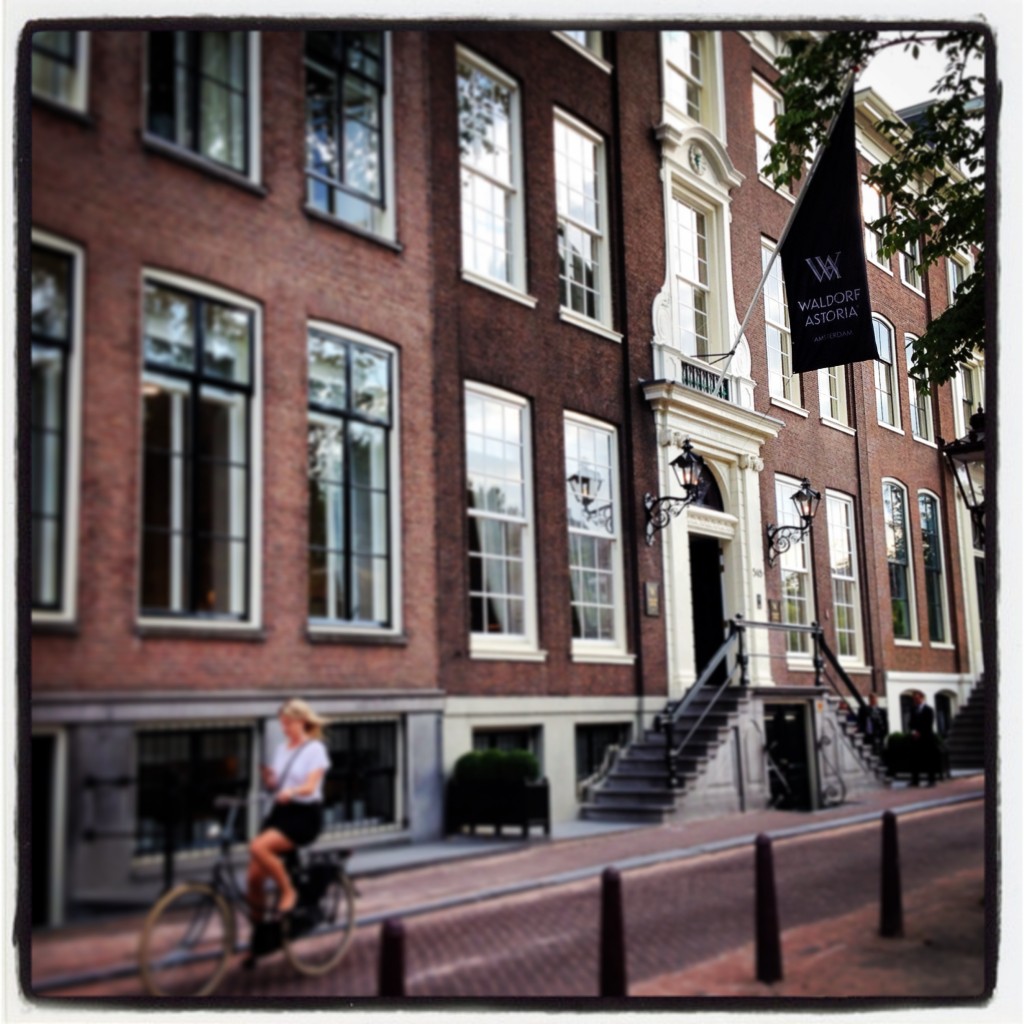 The hotel has a historical exterior comprising six monumental 17th and 18th century double-front canal palaces and featuring a unique grand staircase built by the architect of Louis XIV, Daniel Marot.
The Waldorf Astoria offers sophisticated comfort and unparalleled service in a setting characterized by a long, rich history.

The suites overlooking the city’s canal or the courtyard garden. 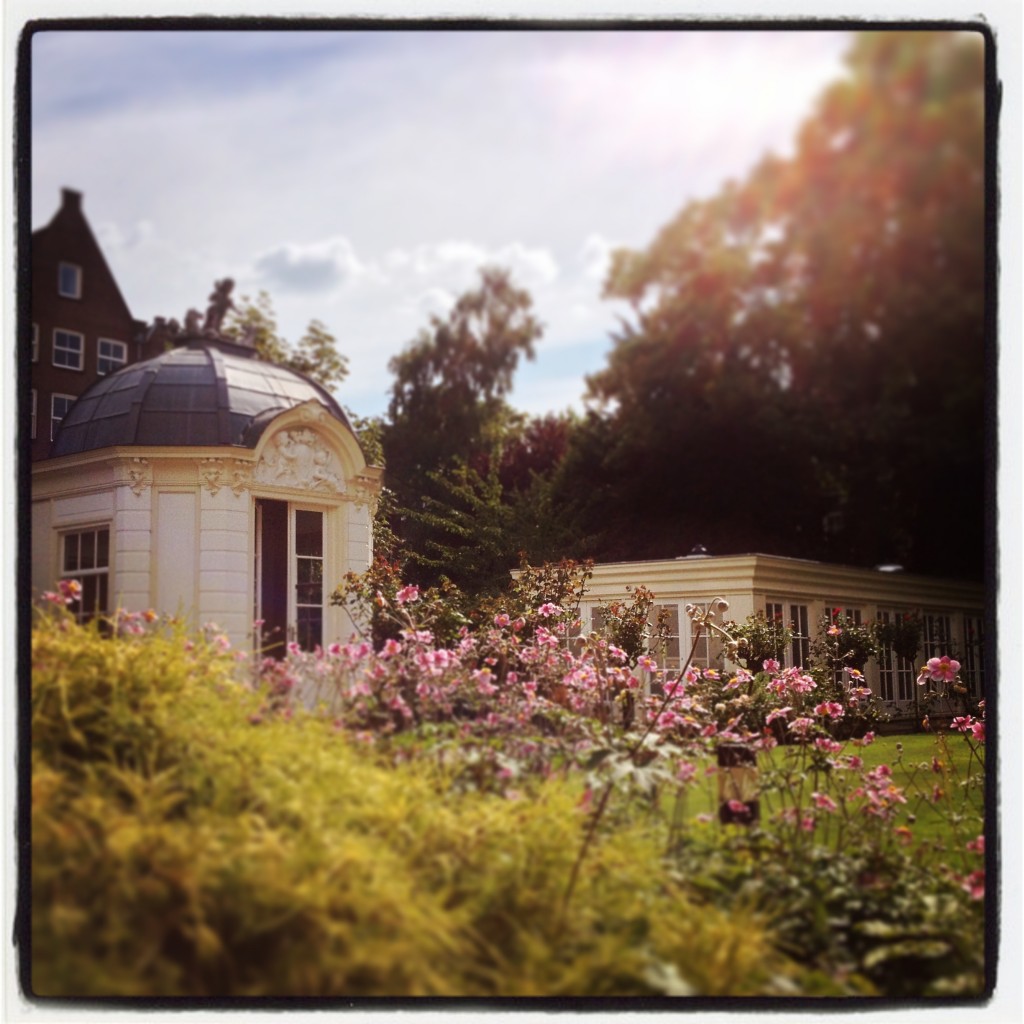 The house was built in 1665 for Ca member of the prominent Protestant Backer family. Many other important families have lived here since the beginning. The Hooft family – who played an important part in Amsterdam trade and whose family crest you will find on the brick façade – also lived in this grand house. One can also see balusters and sculpted vases adorning the top of the facade.
Henrik Hooft and Susanna Hasselaer bought the house in 1744 and introduced some fine new interiors. Daniel Marot – who is believed to have been the architect introduced the style of Louis XIV to the Netherlands and built grand properties such as “Het Loo”, the home of William III, tadtholder of Holland and King of England. The fine Louis XIV style is on display in the exceptional lavish stucco in the hall and the monumental staircase, made in the early eighteenth century. The family crests of the Hooft and Hasselaer families can also be observed here. Life-size sculpted figures, fine portrait medallions and flower decorations in the lantern topping the entrance hall make it one of the finest architectural parts of the Waldorf Astoria. On the first floor, a painted ceiling from the seventeenth century still survives, with angels looking down to us from the skies. They exemplify the variety and richness of paintings in the days of our most famous painter, Rembrandt.

The Dutch don’t traditionally do luxury, but the Waldorf Astoria Amsterdam will change this status.
Usually they love the transparency typified by the large uncurtained windows and the clear view they afford of what goes on even behind closed doors have long determined a taste for normality, today we enjoyed the blinds and curtains on the windows. 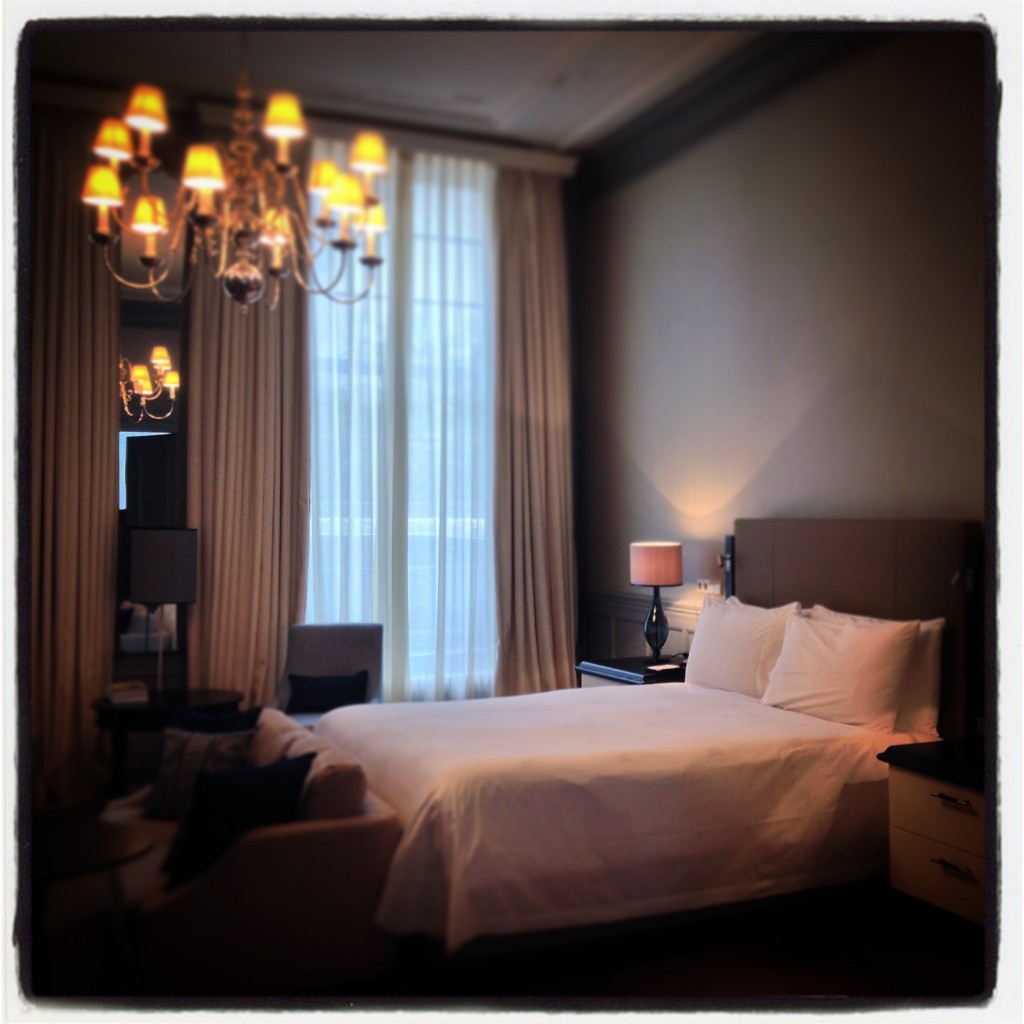 and the fireplaces in front of the overmantel mirrors in the suites.

It is just a short stroll away from cafes to enjoy a “coffee verkehrt”. 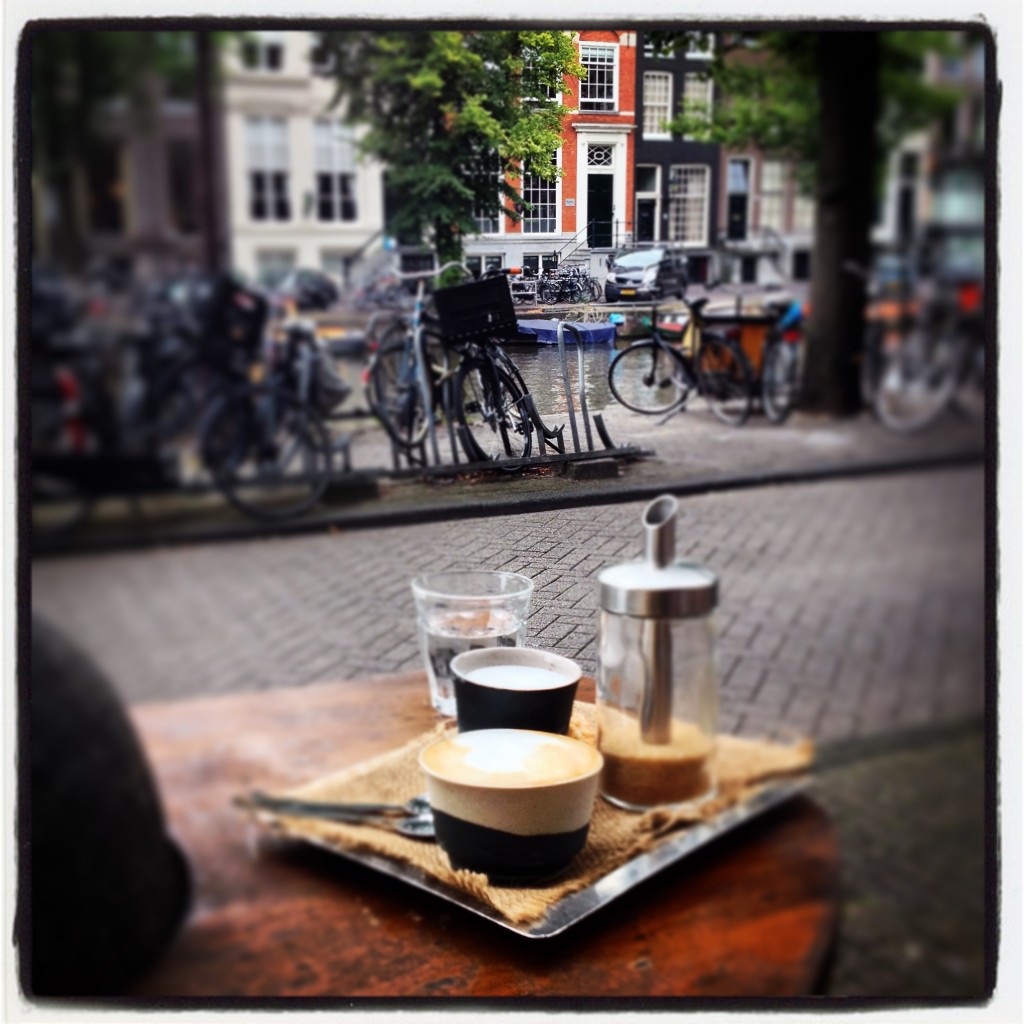 The buildings have a real grandeur, the interieur designers have done their best to show classically contemporary style, comfortable but discreet and joyful.

The buildings and interieur style have a real grandeur, the interieur designers have done their best to show classically contemporary style, comfortable but discreet and joyful.
It offers a great indoor pool. 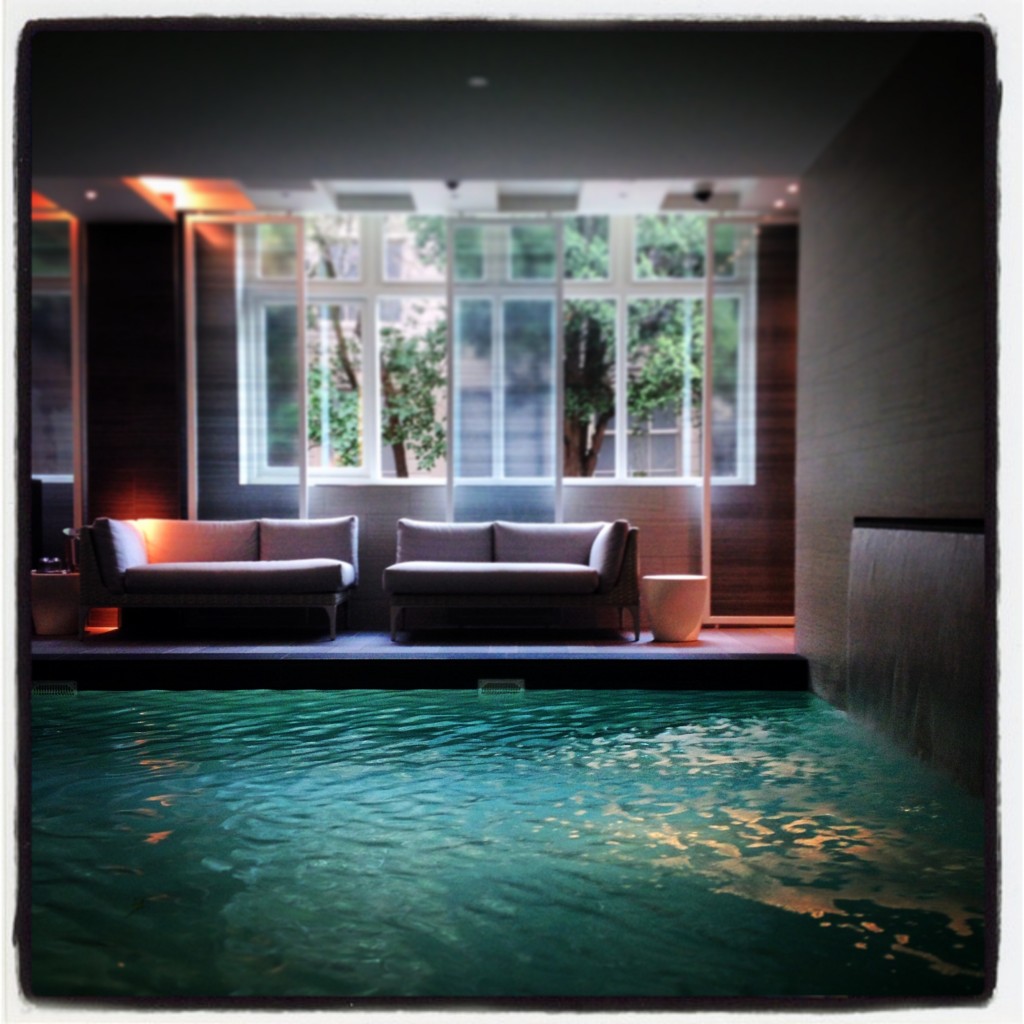 There are great, fine hotels in Amsterdam like the Canal House, the Dylan, the Conservatorium, and Sofitel but this new Waldorf is already a legend.
Behind the hotel you will a huge garden with lovely flowers and they plan to keep bees in order to produce their own honey like in NY.
Lets call it a legend for food, we enjoyed a fine dining dinner at the “Librije’s Zusje”, which was a great experience between local fresh food and molecular specials.
Take a look at the “amuse bouche” 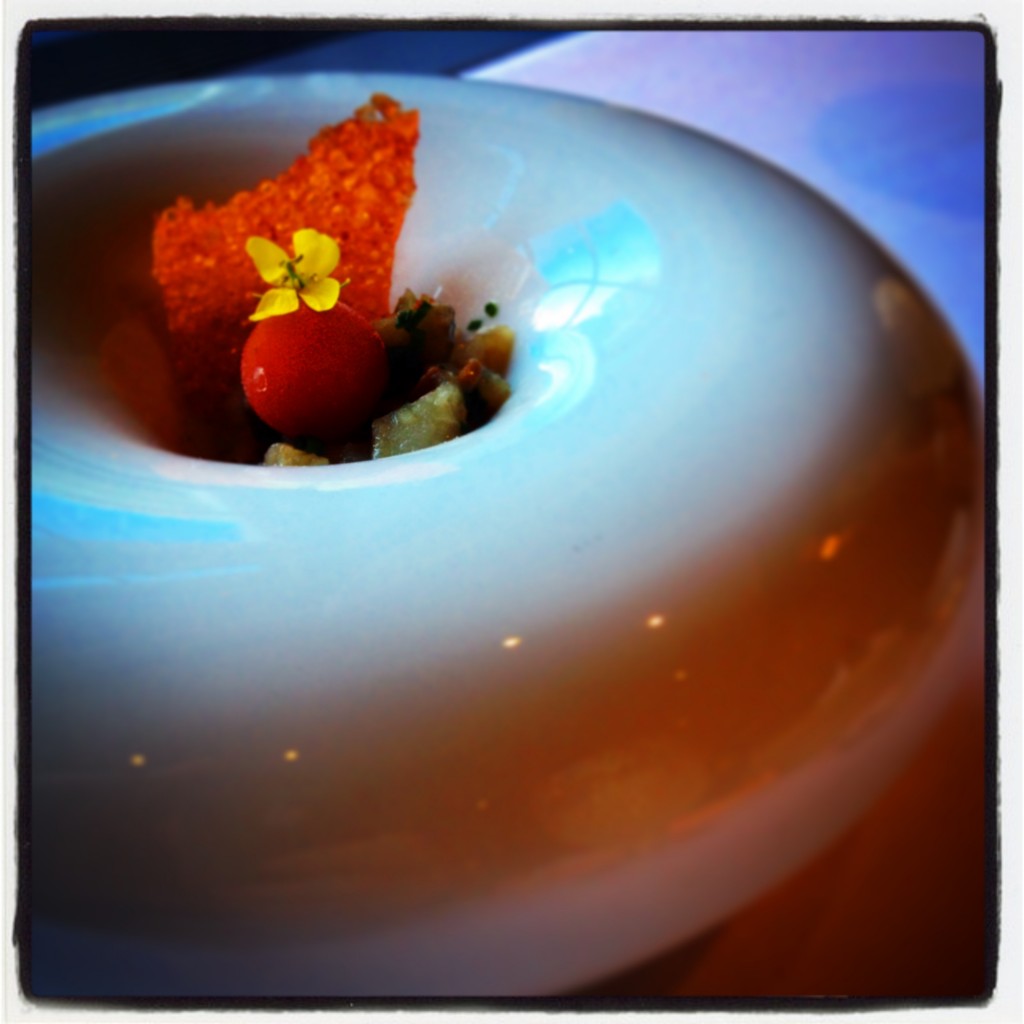 Perfect for relaxation and special moments which we had in the fantastic Vault Bar. 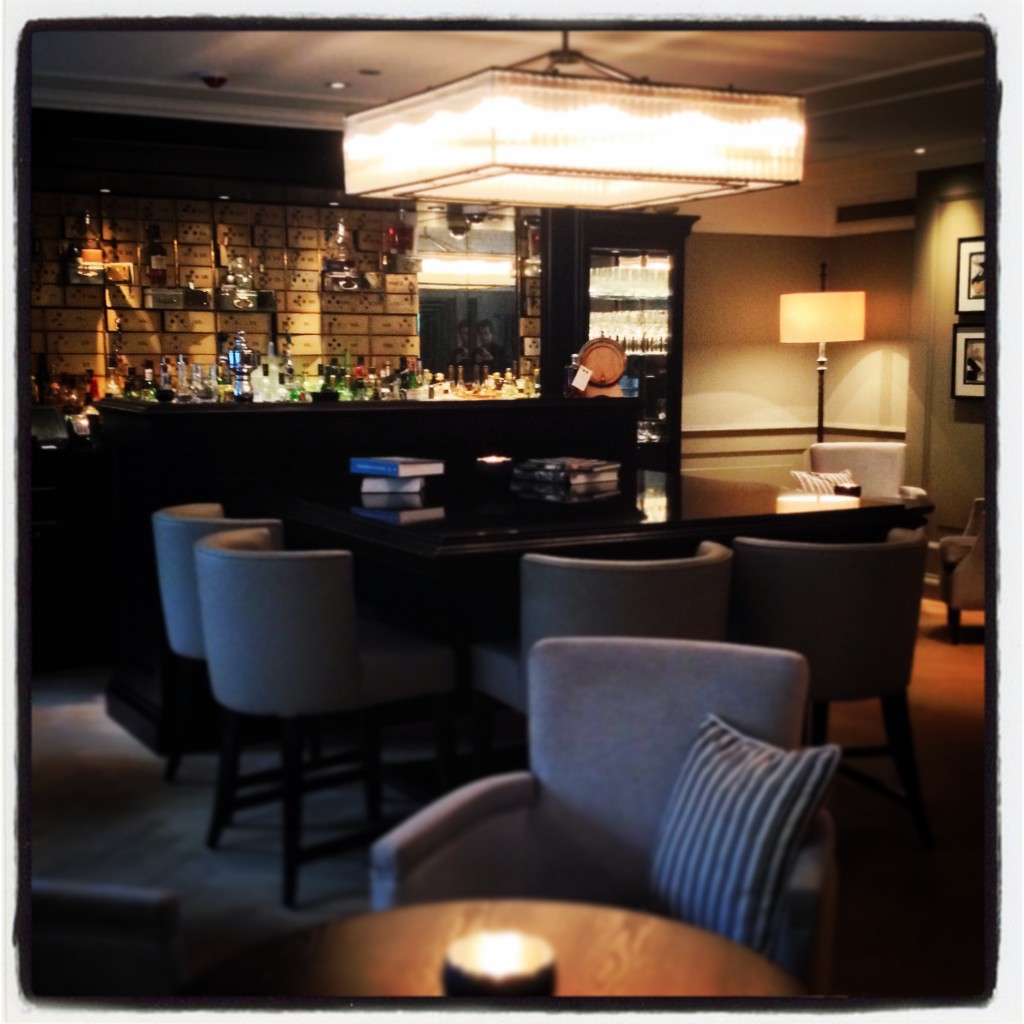