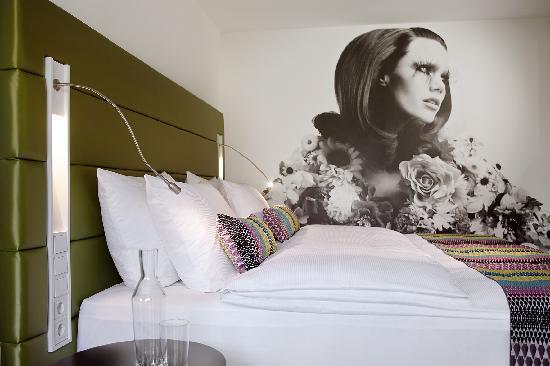 In Düsseldorf opened a new highlight for fashion fans, the Hotel Indigo-Victoriaplatz.

The strict guidelines have been fulfilled, the contracts signed, the logo installed. As the third of its kind in Germany, the Hotel Indigo Düsseldorf-Victoriaplatz is opens and celebrates its Grand Opening with star stylist Armin Morbach and lots of “Fashion Happiness” – according to the party’s motto.
This Indigo is a must stay if visiting Dusseldorf. Stylish and great design with interesting touches. The rooms are comfortable, well laid out, underfloor heating in the bathroom. The staff is friendly and easy. Great breakfast. Finally it is located nearby the international airport D’dorf.
With the neighborhood story “Fashion”, Hotel Indigo sets innovative trends. In the building’s design, in the furnishing of the rooms and in its own restaurant “kitchen & bar” it will become a fashion highlight in the state’s capital. With its central location, the Hotel Indigo Düsseldorf is the ideal starting point to discover this city of fashion.

The bar is really great, you get a lot of unknown drinks from little manufactures. And this is a fanstatic surprise, they told us that’s part of the concept of the hotel. Theme: “Storytelling”. The bar serves no Prosecco and no cola. They want to offer guests something new. Our / Berlin ‘for example, is a European vodka produced in Berlin, a micro – distilled vodka, which is made by local entrepreneurs. The vodka is produced internationally with the same recipe, but each local distillery uses ingredients from their own region. Sounds great, yes it is. 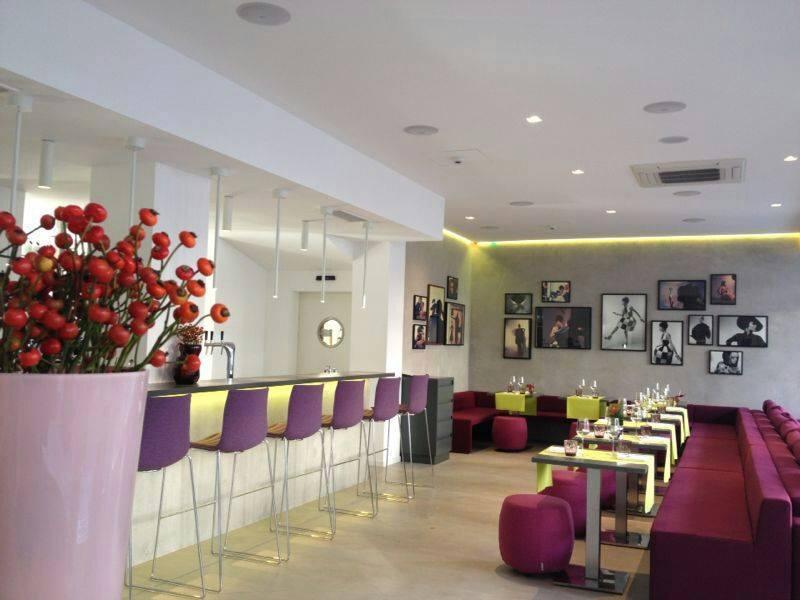 Things to see in Düsseldorf:

#1 “Altstadt” – Set between the shopping boulevard Königsallee and the river Rhine, the Altstadt is the perfect starting point to explore and to get a feeling for the city. Stroll through cobble-stoned streets, duck into some quiet churches, and have an “Alt beer” in one of the traditional brewery pubs. Highlights of the Old Town include the Burgplatz square with its old palace tower; the statue of Elector Jan Wellem in front of the beautiful City Hall.

Düsseldorf’s former industrial harbor has been turned into a playground for contemporary architects such as David Chipperfield and Claude Vasconi; the post-modern buildings, most notably Frank O. Gehry’s three twisted houses, stand in an interesting contrast to old elements such as historic warehouses, quay walls, and wrought-iron railings. Besides media companies, fashion and design studios, you’ll find some hip restaurants and bars here.

#3 “Königsallee”. From Bogner, Prada and Gucci, to Tiffany’s and Louis Vuitton, you can drop some serious cash here. But even if you are not Russian or that much not into shopping, the “Kö”, as locals call this street, is worth a visit.

We enjoyed it. All in all an excellent stay, worth it to check in.