Hotel G Beijing is a funky stylish and exciting addition to China’s capital.
It is located close to many interesting places in Chaoyang District such as, Sanlitun Bar Street, Chaoyang theater, Chaoyang Park and the famous Beijing Workers Stadium. All of those nice places can be visit with a littel stroll from Hotel G.

Beijing is no stranger to innovation and creativity; the city is noted for its lavish palaces, grand temples, art, and architecture — a sort of cultural Mecca within China. So, it’s no surprise that this G-Hotel is be the place to be for design freaks.

We enjoyed it very much, things to do in the hood: Try the Chaoyang Park!

It has a fantastic water surface with a green area of more than 70 percent. Perfect relaxation, inside the park there has lot of recreation facilities that you can find and many folks do Yoga here. In the south gate’s area you will find 21 thrilling large-scale forms of entertainments.

We tried the famous Chaoyang Theater, where every night will be a famous Acrobatics Show. Not expensive and good fun.

You definetly should have to go to the Emperor Hotel, just opposite the east gate of the massive Forbidden City palace complex. Trendy and funky, best of all was its rooftop bar, Yin. Built on an ascending series of platforms, the bar has the best view in town hands-down. Having a drink here at dusk as you gaze over the swooping tiled roofs of the vast former residence of the Emperor is magical. Stay away of baiju, presumably in the spirit of adding Chinese authenticity, many of the house cocktails are made with the notoriously potent Chinese rice liquor baijiu. Better avoid those.

Go to Guloudajie Road into one of Beijing’s few remaining hutong neighborhoods, with narrow alleys and single story traditional courtyard houses. Hutongs once dominated the city, but in recent years many have been leveled in the name of modernization. It sucks a bit trishaw drivers hang around offering tours, but a better bet is to rent your own bike and get pleasantly lost in the back lanes around the Drum and Bell towers. It’s not hard to find one of numerous small bicycle shops nearby. Alternatively, look for one of 20 stands dotted around the city, run by the Beijing Bike Rental Company, which rents bikes by the hour, the day or longer. Thats fun and you feel like Mao. 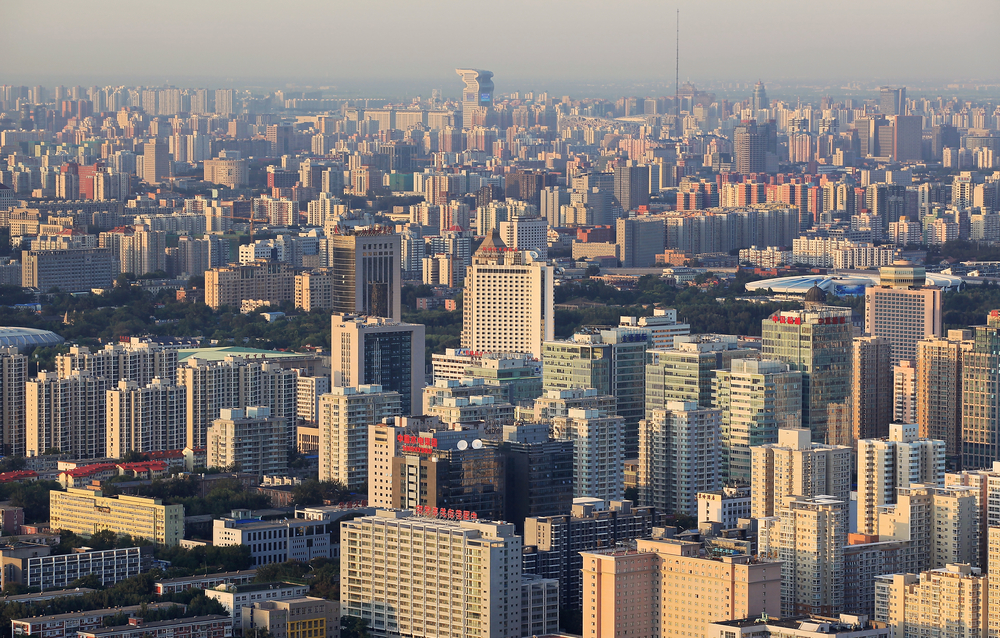 Back to the G, the design boutique hotel revolves around a 1960-inspired design concept with a subtle Chinese accent in a seemingly casual blend of understated glamour and low key opulence. Indeed, it reflects the rhythms of metropolitan new Beijing, targeting a niche market of design-conscious, sophisticated young professionals, entrepreneurs, celebrities and socialites. The hotel welcomed with a striking entrance and façade that changes into an explosion of colored lights by night; hotel guests can even select their own window lighting. Hotel G boasts 110 generous rooms and suites complete with 3 exciting and distinctive venues for dining, entertainment and relaxation. For dining and entertainment, Hotel G offers two distinctly different venues to attract the capital’s ‘smart set’:

The Hotel G is fun, we will be back soon.