My hotel is straight into the heart of Hanoi. A charming joyful place in a lovely area. 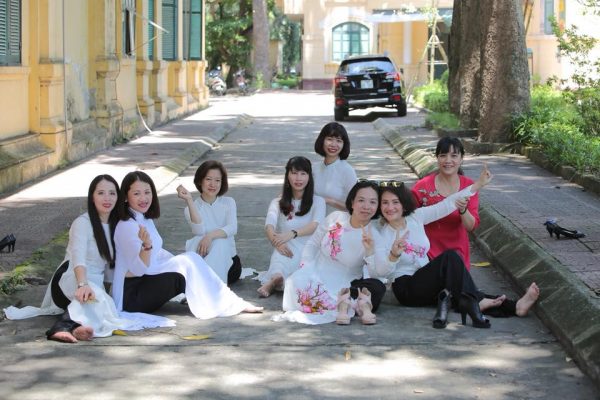 It is a French colonial-style hotel, built in 1901, it retains charm with green shutters, wood panelling and lush courtyard lawn. The Sofitel Metropole Hanoi is located in Hoàn Kiếm area.

The Sofitel Legend Metropole Hanoi is a 5 star historic luxury hotel in the French colonial style.

After Vietnamese independence it became a place for ambassadors, chancellors, writers.
With Graham Greene first staying here in 1951 when he was working for the Paris-Match magazine. He completed the book “The Quiet American” a novel about American involvement in Indochina, during this time. There’s a suite named after him and guests enjoy dry vermouth – his favourite drink at Le Club Bar. The hotel has a rich history and a century long tradition of welcoming ambassadors, writers, heads of state and entertainers including Charlie Chaplin, Jane Fonda, François Mitterrand, Isabelle de Valvert, Jacques Chirac and a few more.
Somerset Maugham wrote “The Gentleman in the Parlour” at the hotel. Charlie Chaplin and Paulette Goddard spent their honeymoon at the Metropole in 1936 after getting married in Shanghai.

About Hanoi, Hanoi might rightly have been viewed as boring place of politicians and bureaucrats and a bit dull. But in recent years, thanks to a new pride injected by 1,000th-birthday celebrations in 2010, an influx of entrepreneurial Vietnamese returnees and expats the city’s pulse has quickened. With a number of construction projects threatening older neighborhoods, and an exodus of residents from the city to suburbs like West Lake, Hanoi is changing fast.

For sure it is a sweet spot, its tree-lined lanes and graceful old architecture, traditional culture and fantastic street food complemented by a contemporary arts scene that’s managed to survive bouts of censorship, idiosyncratic boutiques and increasingly sophisticated dining and night life.

­Hanoi’s infamous rush hours are best taken in from on high. At the edge of the Old Quarter, a narrow passageway at the back of a store displaying kitschy paintings leads to Ca Phe Pho Co. Occupying most of a picturesquely decrepit former merchant’s mansion, the cafe is known for its egg coffee, a strong local brew capped with a sort of sweetened condensed milk zabaglione before climbing three flights to a terrace with a sweeping view over thousands of motorbikes on their circumambulation around Hoan Kiem Lake.
Just beautiful.

Special and nostalgic dining is possible at Vietnam State-Run Food Shop No. 37, that nostalgia is embodied in whitewashed walls hung with battered enamel lunch pails and a transistor radio emitting crackly period tunes. Diners’ orders are written on reproduction ration coupons. Luckily, austerity is not on the menu, which leans to northern home-style dishes, which you’d have a difficult time finding outside, well, homes. Highlights include salty-sour pickled mustard greens stir-fried with fat-limned strips of pork, and a tomato and pineapple-packed canh chua (sweet and sour soup) with tiny local clams. “Fried rice” is a surprise: an upturned hollow dome of crispy browned rice to crack into pieces and dip into mam tep, a pungent marriage of shrimp paste and minced pork.