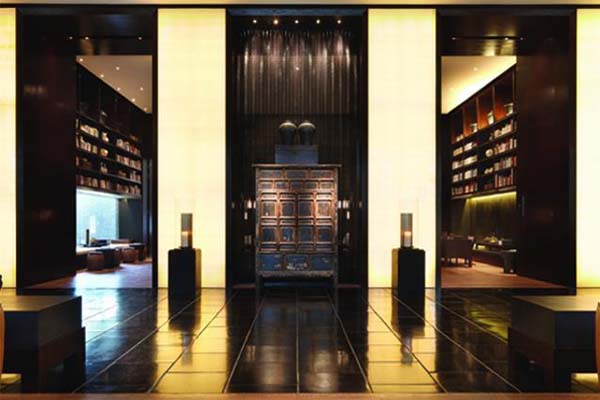 Today we feature the hotel “Puli” which was created as one of the first urban resorts in China.

Travel means living twice and I am still in love with this fantastic stylish place.

The perfect enclave for us in midst of the action, based in a serene setting.

The striking interiors—all polished tile floors, sumptuous silk wall coverings and contemporary furniture—are accented by reproductions of ancient Chinese household items. It has a great spa, which offers a series of tea-based treatments using green, white, rose and chrysanthemum teas that were developed especially for the hotel. The ambience of Zen prevails in the guest rooms as well; many overlook leafy Jing’An Park, a green oasis in midst of Shanghai, the fascinating metropolis that beautifully balances Europe and Asia, history and cutting-edge.

For centuries a major administrative, shipping, and trading town, Shanghai grew in importance in the 19th century due to European recognition of its favorable port location and economic potential. The city was one of several opened to foreign trade following the British victory over China in the first opium war. The so called city of the future have quickly joined the ranks of the best in the world. For a little evidence supporting that proposition one need look no further than the PuLi Hotel and Spa. Where one might expect another outpost of the established big-luxury chains, we find the flagship of a new group, the prosaically named Urban Resort Concepts — they’re saving the poetry, it seems, for the product itself.

At least there’s no chance of missing the point of what kind of experience it’s meant to provide. The 26-story tower takes care of the urban part, and the sophisticated interiors of the guest rooms, with their clean lines and muted colors, point towards the PuLi’s city origins. Physical luxuries abound, and the rooms’ electronic amenities keep guests feeling as wired as can be.
Enjoy, in the distance is the Shanghai skyline, but the more immediate vistas are of the green and leafy JingAn park.
The Puli is approximately a 20 minute drive from Shanghai Hongqiao International Airport and a 45 minute drive from Shanghai Pudong International Airport.
Always fun to take the aiport express train (455 km/h).

Where to eat in Shanghai:

Its in one of the glorious 1920s colonial buildings, converted into an art gallery and designer shopping emporium, with four restaurants. The 7th floor roof terrace has a fabulous view over the river and Pudong. The restaurants are Laris, New Heights, the Whampoa Club, and Jean Georges (outpost of the New York chef Jean Georges Vongvichteren). On the top of the building is a little cupola, which has been cleverly converted into two private dining rooms, each with just one table. The upper cupula has a table for two, the lower one a table for up to eight. In these you can eat a menu prepared by any of the restaurants, or indeed even mix and match courses if you wish. We had lovely Sea Scallops with Caper-Raisin Emulsion and Lobster Tartine, Lemongrass, Fenugreek Broth, Pea Shoot. It was fantastic. 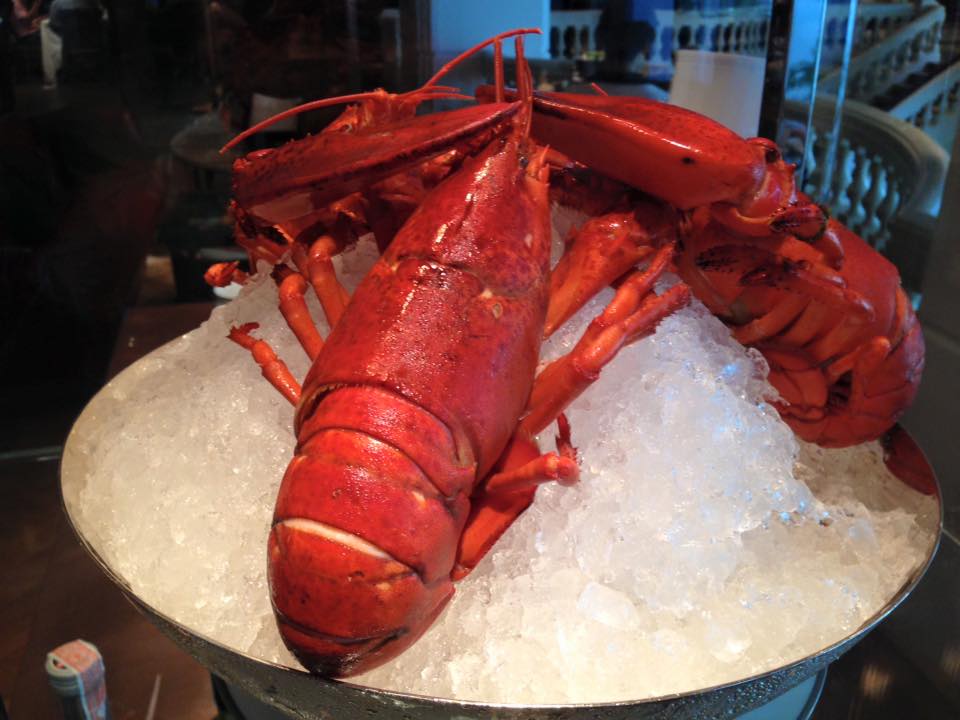 Overall a yummy lovely exerience on the bund, the great thing here is the setting. You have the sense from this that it is a bit of an unusual novelty rather than a pure dining destination, but it is a seriously romantic setting.

Each course is paired with 360 degree video projections, surround sound music (a different song tailored to each course) and even custom scents: sometimes they waft from a pressure cooker which is hand carried around the room, sometimes from a scent machine installed in the ceiling and with one course, the scent of cigar smoke captured in a glass dome is held up to your nose by a waiter.
The full dinner includes 20 ‘avant garde’ courses. For other courses, many of which are paired with drinks ranging from dessert wine to peppermint tea, projections include crashing ocean waves, ancient trees in fog or Indonesian masks. A ‘micro fish and ship’ course is actually a single giant caper berry deep fried in batter and paired with anchovy tartar sauce. The food is central to the night, never just a prop; each meticulously crafted bite is so delectable, we’re left craving more after nearly every course.
I enjoyed the delightful cuisine, my Bordeaux Grand Cru together with a fantastic view of the illuminated and flashing city was a fantastic couple.

The city is an intriguing blend of old and new, with booming development that respects the ancient traditions and explores modern advancements.

I will be back soon, it was a great experience.