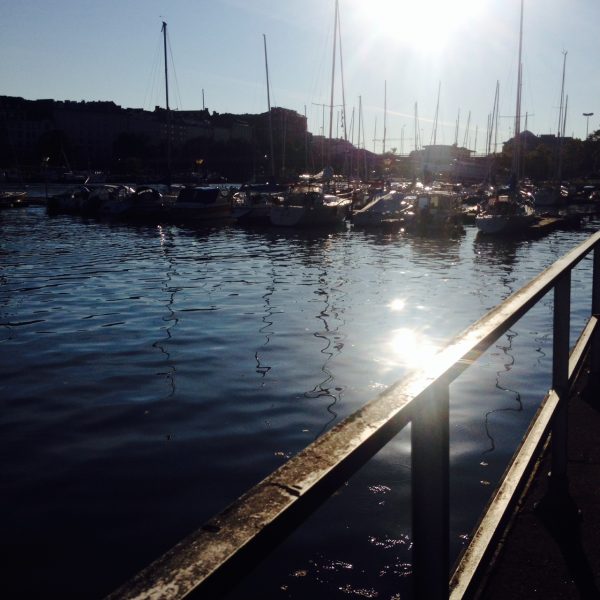 Arrival in Helsinki. The baggage is there in no time at all, straight away to the Design Week.
We will stay in the Hotel K. – a beautiful design hotel. The hotels name – Klaus K- refers to the main character who appears in the story called “The death of Elina” in Kalevala. It’s located at the Rake corner, consisting of two buildings that were built in 1882 as a German girls’ school. 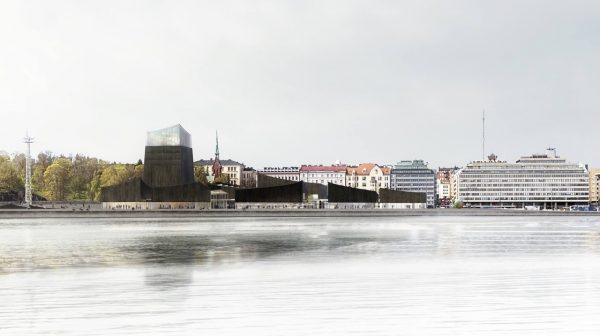 After many changes of ownership and the prohibition law the hotel ended up in a family owned hotel. That’s when the first design hotel in Finland was opened under the name Klaus K.

Inspired by the Finnish national epic Kalevala, the interior themes of Klaus K describe strong emotions: mystique, passion, desire and envy. In Kalevala, Klaus is misled by desire and passion and ends up taking his own life after hearing that he has by mistake killed his heart-throb Elina.

The hotel managed to surprise me with something totally unique.

It has used the Kalevala story as a source of inspiration for its design.

According to Kalevala the world was created through the seven eggs laid by a pre-genesis bird on the knee of Ilmatar.

From these eggs the sun, mother earth, the stars above and seas were created.

In Klaus K, these seven eggs are represented by the hotel reception, the Ahjo bar & club, restaurant Ilmatar, the hotel rooms and restaurant Toscanini.

Klaus K’s reception is round formed and above the reception you can find a lamp and piece of art in the form of a bird’s nest.

The Ahjo bar represents the borderline where light and darkness meets, visualizing the Kalevala’s ever-present struggle between good and evil.

Ahjo also has a piece of art that has the form of an egg.

Restaurant Ilmatar has got its name for the mother of mankind according to Kalevala.

The giant pike which was caught by one of Kalevala’s heroes is visible in the restaurant.

According to Kalevala the instrument called Kantele, the first of its kind, was made from the jawbone of this pike. The harp like instrument has ever since been considered the national instrument of Finland. 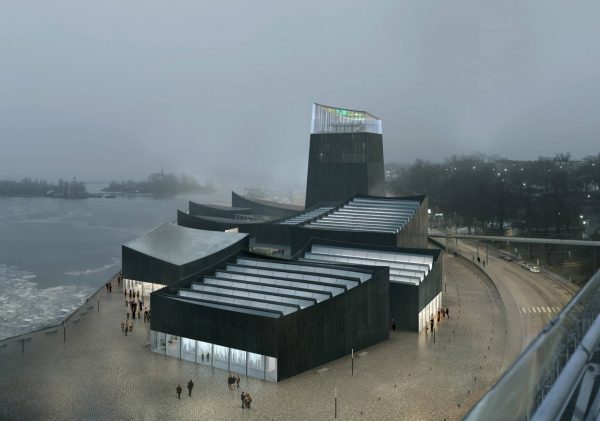 The names represent different Finnish moods and emotions, and every room has a piece of art displaying a quote from Kalevala describing that certain mood.

Nordic cuisine is easy to enjoy:

Restaurant Toscanini’s connection to Kalevala might not be visible to the eye at first, but according to art experts the art which has been inspired by Kalevala has got many influences from Italy.
In the 1890’s artists like Akseli Gallen-Kallela, Magnus Enckell and Hugo Simberg spent a lot of time in Florence and it’s said that the “Kullervon kirous” (Kullervo’s Curse) painting would not have looked the same without the use of the fresco technique the artist learned in Italy.
The Klaus K hotel is a lifelike epic that everybody can visit, visitors and locals are welcome to get acquainted to Klaus K’s Kalevala world.

To sty in Klaus K’s is a nice way to familiarize yourself with the design capital Helsinki.