Nordic Cuisine and lots of fun.

Lets start with Helsinki for foodies.

Every visit to a restaurant holds a story. In Restaurant “Nokka” the story is influenced by chef Ari Ruoho and his pure ingredients.The duck is from Alhopakka, the ceps comes from the known pickers and the lamb from Bovik, Snappertuna.The eagerness of each producer, subjective responsibility and the ethical level of the whole occupation indeed shows – and tastes. 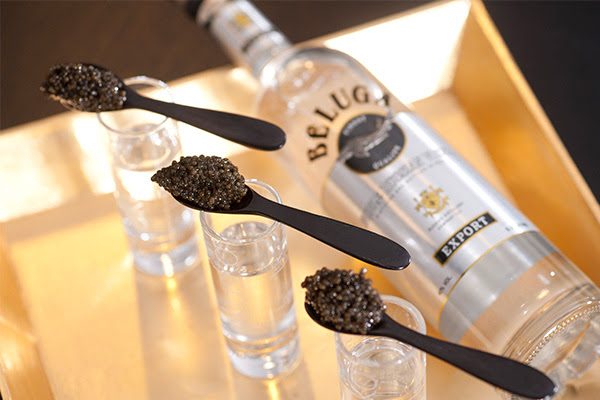 Stories spring from people. From those who have a serious but enthusiastic relationship with their own product and enjoyment of food.

We had a great dinner.

Helsinki City, from here we started out tour to Klovharu.The lovely island where Tove spend all the summers with her loved ones. The sun was shing, 33 degrees what a perfect day. The island has just a few trees and a bush, we hopped off the boat and foud a small cosy dependance, a one-room pine cabin.

While the comforts within are basic they’re certainly colourful. White cotton curtains with swirls of orange provide a sunny frame for windows. So nice.

We took a bath in the sea and enjoyed the day. 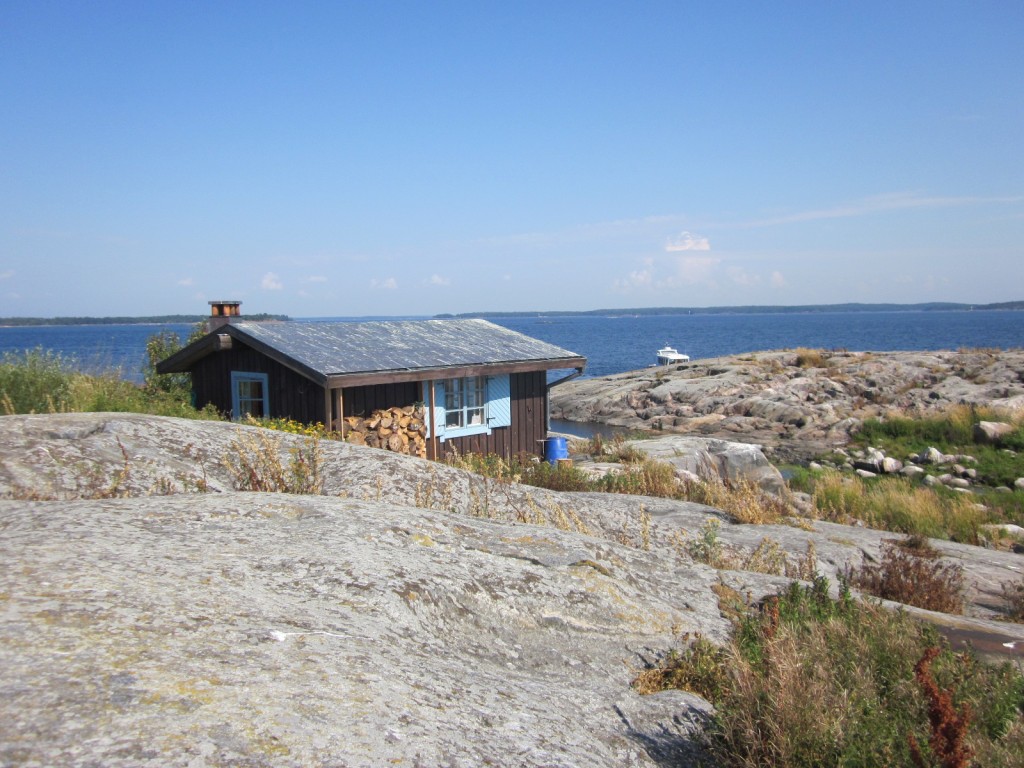 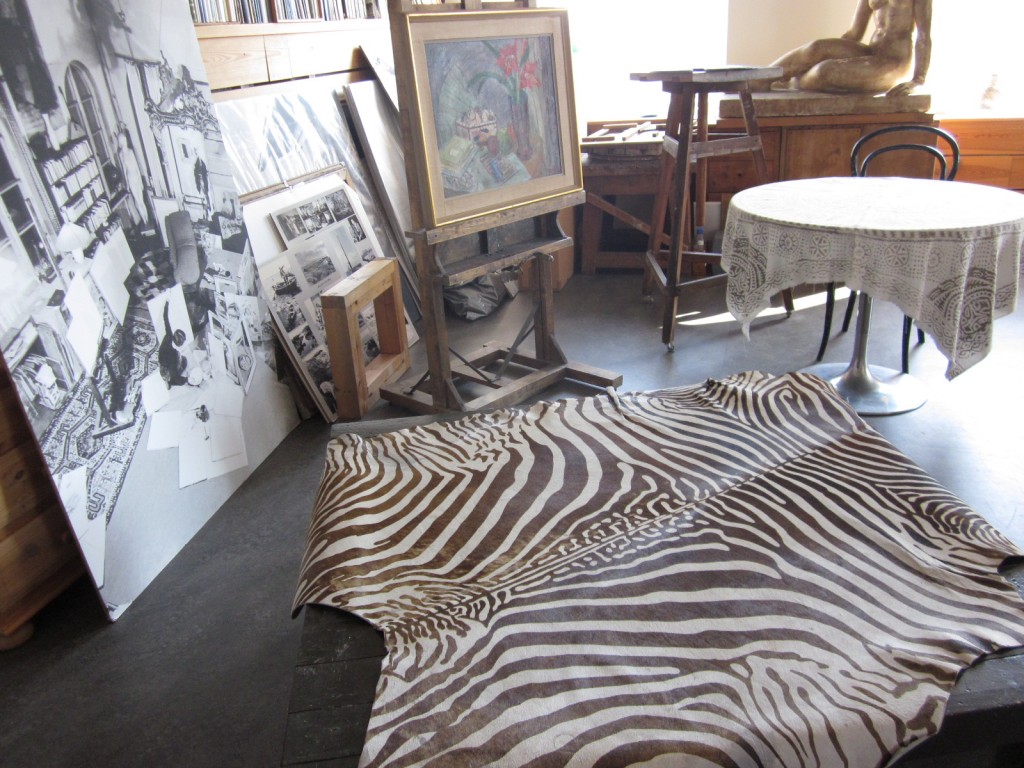 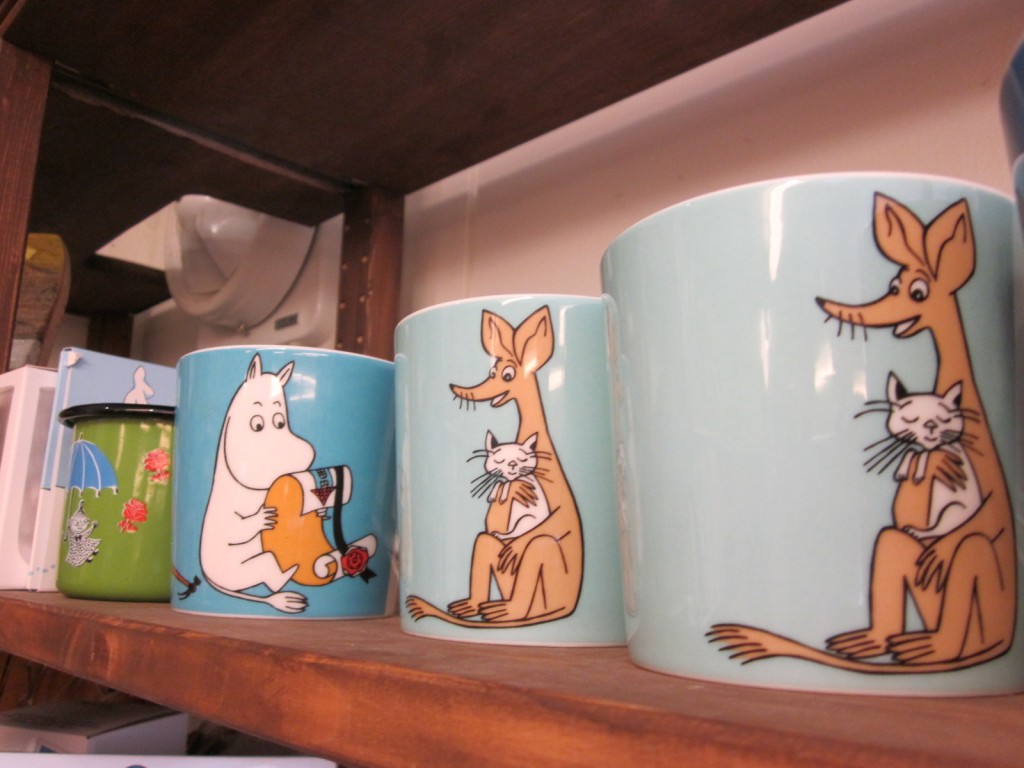 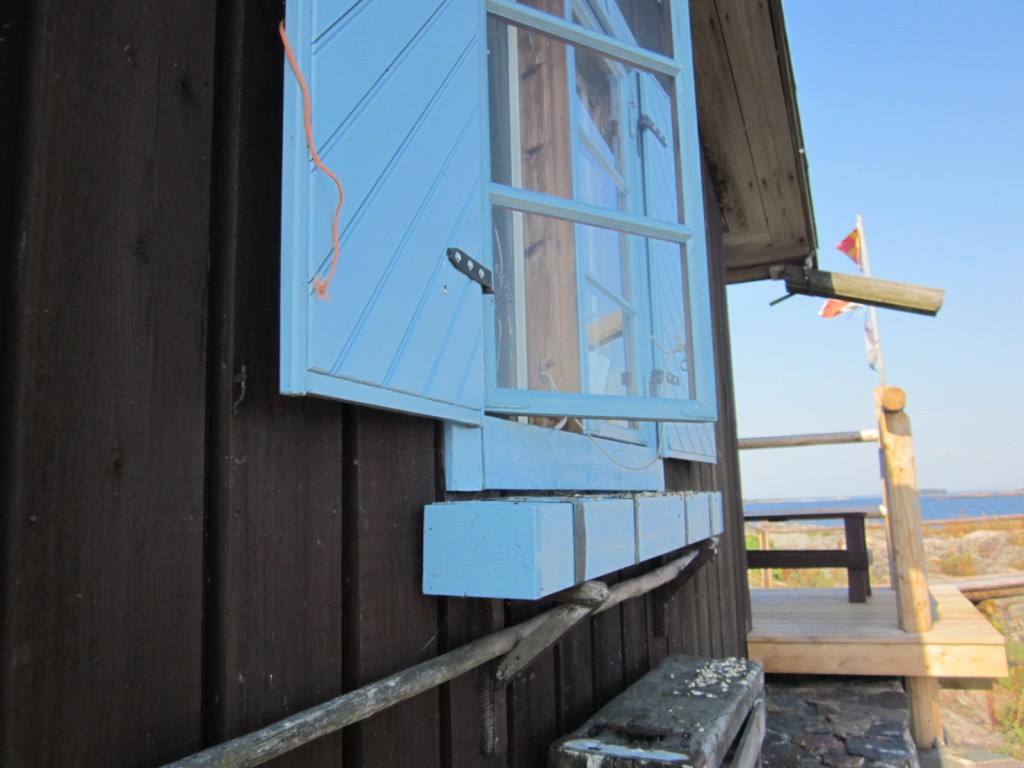 Sure you know them? Tove’s moomins are lovely, just great and world famous. So, she is the Moomins founder and one of the most successful children’s book illustrator ever.
For me personal she is “Miss Finnland”, the most famous finish woman.

We started our tour in Helsinki, and after three days – full of fine food eg. @ the famous Ravintola Nokka in Helsinki- we drove to Poorvoo and checked in @ the Haikko Manor hotel. 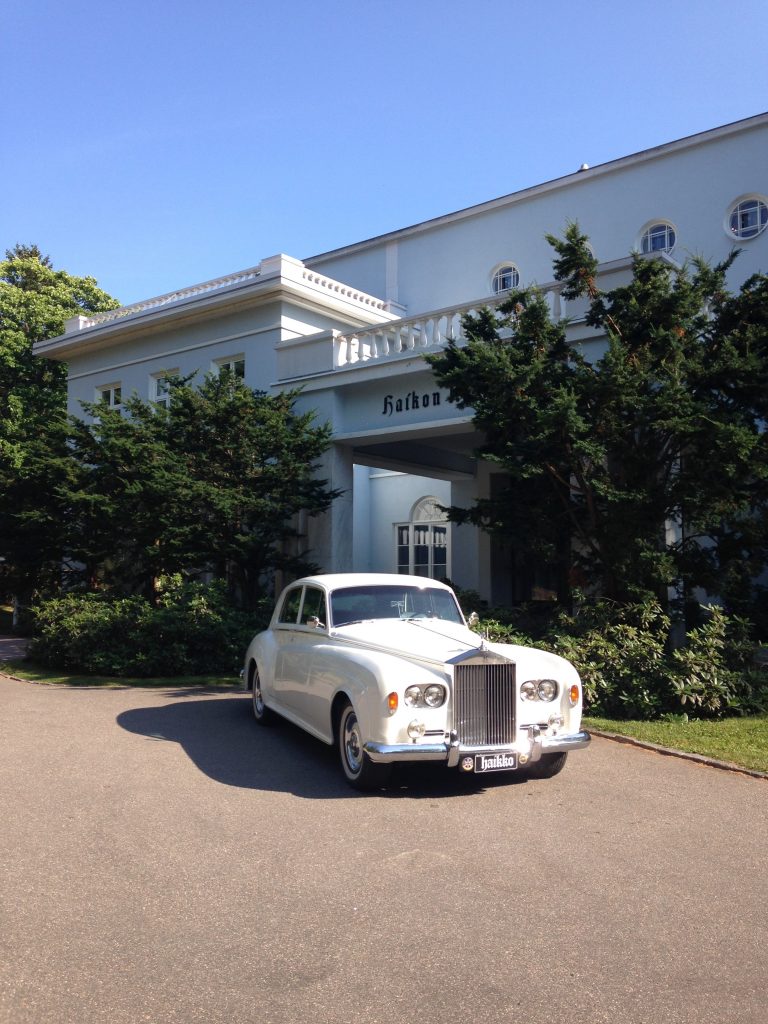 Later on we went back to Haikko.

A fantastic location with excellent facilities and a beautiful spa. For us the highlight was the -110 super cold treatment, which was really amazing.

The hotel’s breakfast was nice but not that amazing. Overall, the hotel is a lovely, experience, although the rooms just need a modernisation and face-lift.

Let’s go back to Torve. Her whole life was the Moomins, there are the Moominfamily (Mum and Dad) little white trolls who live in Moominvalley with other Moomins. Tove’s grew up in an artistic household in Helsinki. Her father was a sculptor and her Swedish mother an illustrator. She studied art in cities like eg Stockholm, Helsinki, Paris and Rome. Before WW2 she returned to Finland. The war had obviously a great effect on her and her first Moomin book with the title The Moomins and the Great Flood. It was published in 1945. Tove’s was depressed of the war and stupid men. This was mirrored in her first books, writing a children’s book about a great flood is defintely unusual. There are descriptions of mommies leaving their homes, just like in Helsinki where people leaving their homes for fear of the bombs. You can find this themes in her books, although they look really friendly. 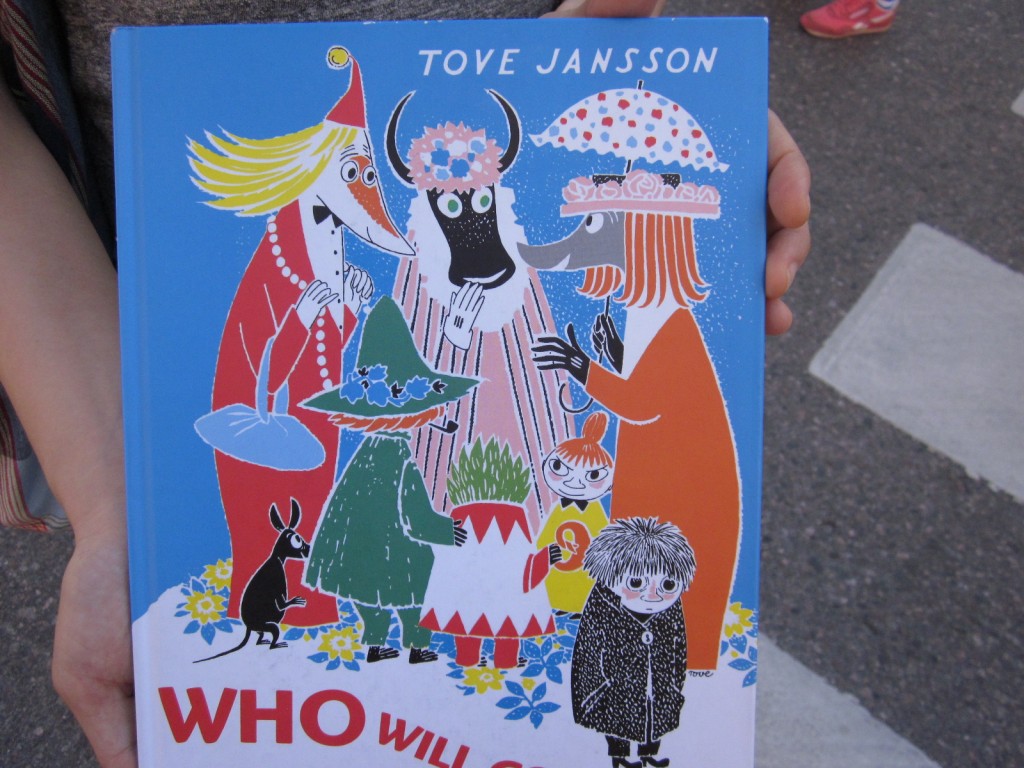 Tove’s breakthrough came later on when her book – Finn Family Moomintroll – was translated into English. Two new characters, Thingumy and Bob appeared in that book. The pair represent Tove Jansson and a married woman, Vivicka Bandler, with whom she had a passionate love affair. Homosexuality was illegal in Finland at the time, so everything had to be kept secret. Thingumy and Bob are always together, walking hand in hand and they have a suitcase but they won’t tell anyone what is in it, it should be a sign of secret love. Finally when they open the suitcase, the reader and the whole of Moominvalley got a picture of their love story. People liked her style and a London agent offered Jansson a deal to produce a Moomin comic strip for a big London newspaper. Jansson agreed to produce six Moonin strips a week for seven years, starting in 1954.

It was an instant hit and enomous success. Within two years 120 newspapers around the world were running it, reaching 12 million readers. Moomin-mania was now in full swing. Requests for Moomin-related projects came flooding in. Walt Disney asked for exclusive rights to the word “Moomin”, but Jansson refused. Before long, though, the comic strip started to get her down. She constantly needed new ideas to sustain it, leaving her with little time for painting and writing. “Those damn Moomins,” she wrote in her notes. Tove introduces a new character into the Moominworld called Too-Ticky and that is Tuulikki Pietila. Too-Ticky is the one who gives Moomintroll guidance through the winter and the hard times, so she was really important to Tove. It’s a book for and about her love. The Moomins spend a lot of their time close to water, on boats, or on islands. This was part of daily life of the Jansson family, who used to spend summers on Klovharu, a tiny uninhabited island in the Gulf of Finland. 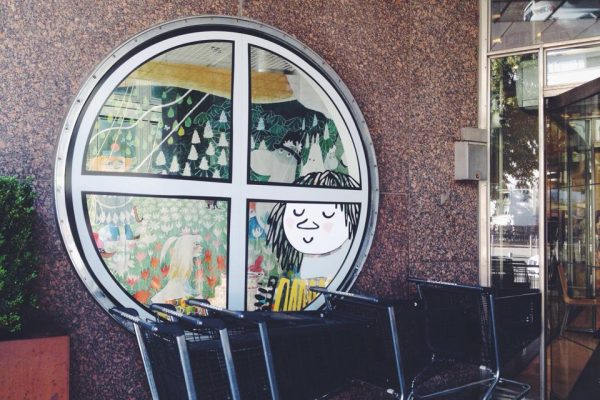 They go on excursions to the islands like the Jansson family did. They went sailing, they went camping on the islands and enjoyed -like all the finns- the sauna. If you read the Moomin books there are many things that are completely normal and to other people are completely fantastical. But in Finland that’s what you do when you are on the islands. That’s what they did and it’s what we’ve always done. Jansson and Tuulikki Pietila lived on island house on Klovharu, without running water or electricity. The idea was to escape in the summer months, and work without interruption. It was there in 1970 that Tove began writing her final Moomin book, a melancholy story reflecting the author’s grief after the death of her mother. It features a new character, Toft, which Jansson based on herself. 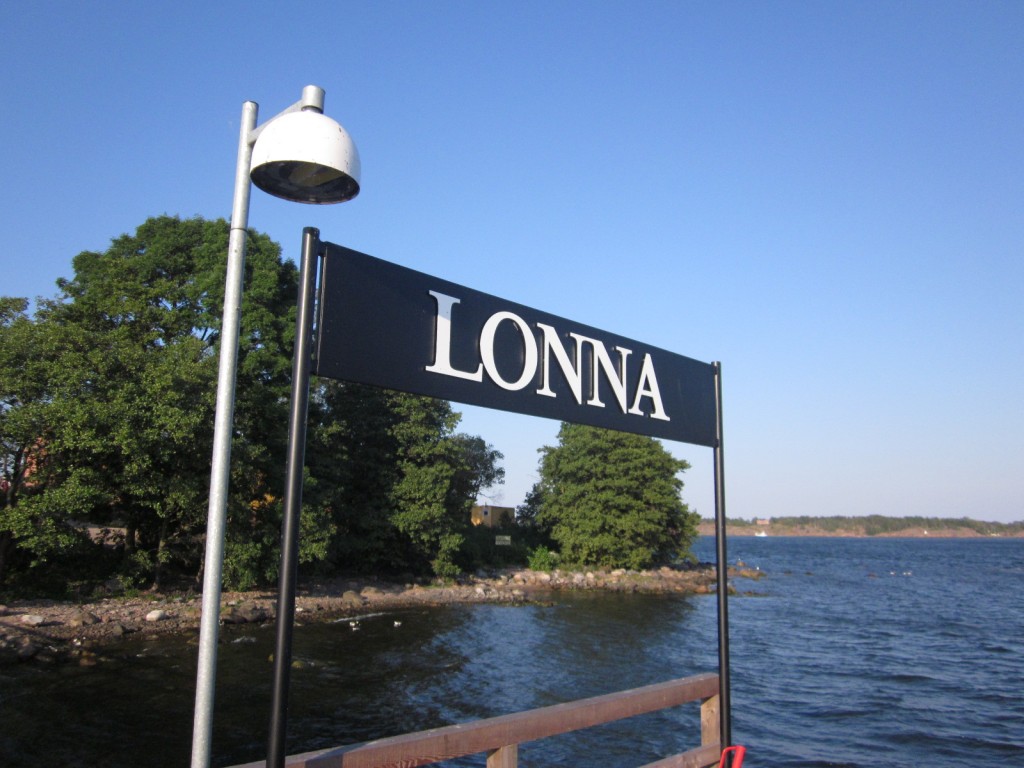 When Tove arrives at the usually busy Moominhouse, there’s no-one there. The loss of her mother deeply affected Jansson, and the following year she and Pietila embarked on a round-the-world trip. It was at this time that Tove Jansson began writing The Summer Book, her first move into adult fiction. After spending lots of summers on Klovharu, Tove Jansson and Tuulikki Pietila – both in their 70s realised they had to leave the island. And that was a turning point. Once they left, they didn’t want to speak about it and they didn’t want to go back. They just wanted to keep that period in their minds. Tove Jansson died in the summer of 2001, aged 87. Tuulikki Pietila died eight years later. Since the Moomins and the Great Flood in 1945, more than 15 million Moomin books have been sold, around the world. Today, Moomin Characters, the company is one of the most profitable companies in Finland – its Helsinki office overlooking the Gulf of Finland populated by cuddly Moomintrolls.

We enjoyed it so much. 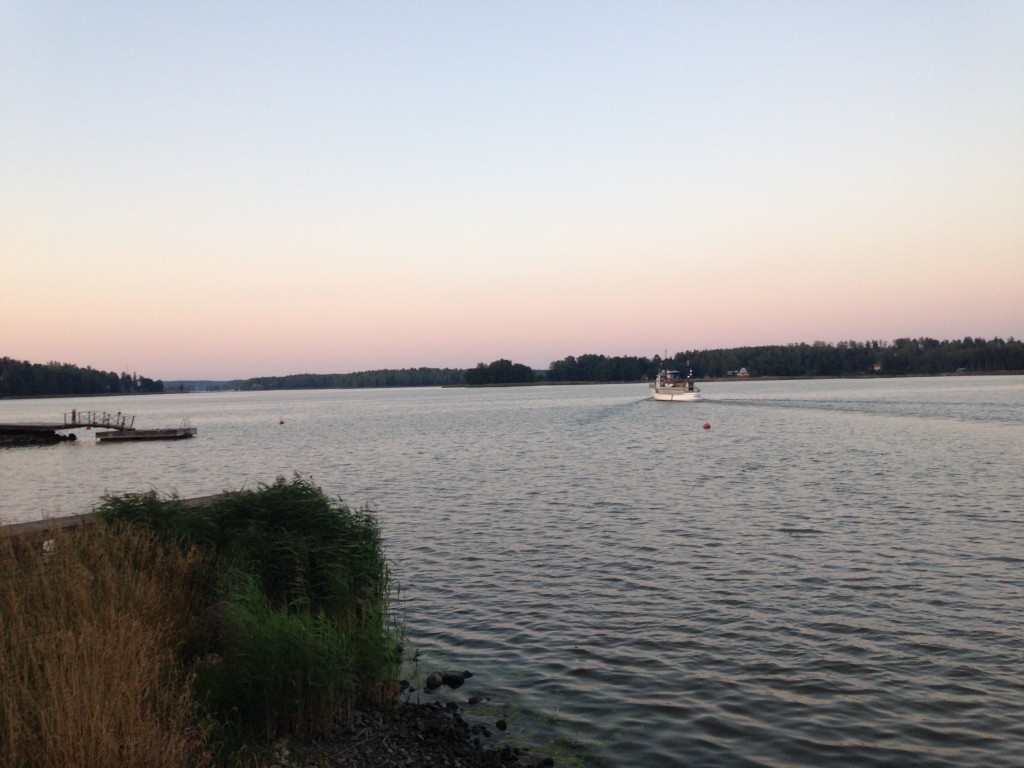 At Helsinki Art Museum is a great exhibition of Tove’s work. 2 floors are ready to explore and dedicated to the Moomins.
A few more themes that underpin the Moomins are reflected in Tove’s adult work, even abstract paintings and murals, and anti-war cartoons for the GARM magazine.

How to get there best: Finnair Finn Air

The press trip was supported by Visit Finland