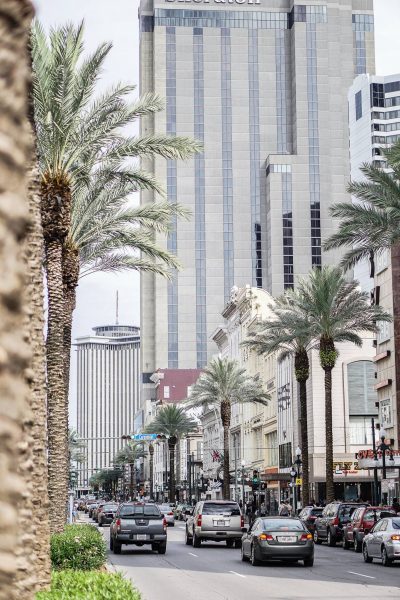 You will find architecture and music is everywhere. 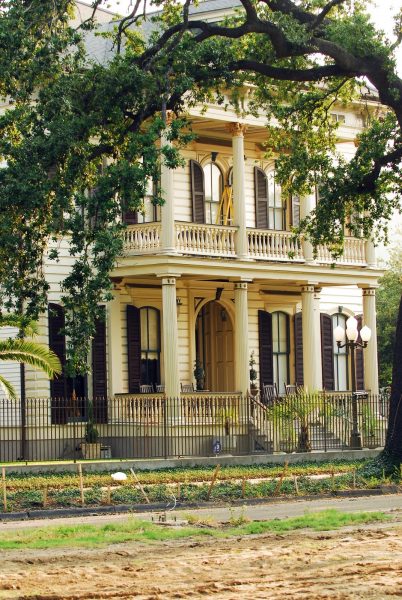 The name – which for nearly a half-century meant the finest luxury accommodations, entertainment and dining, as well as world-famous beverages and celebrities – returned to New Orleans, reborn as a Waldorf Astoria Hotel.

The luxury 5-star hotel was opened in 1893, later on the hotel was purchased by a group of investors and renamed “The Roosevelt Hotel” (in honor of former president Theodore Roosevelt).

The hotel has 504 rooms, 125 are luxury suites, some named for celebrities; signature fine-dining and an entertainment space guaranteed to rival any other in the Gulf South; state-of-the-art meeting and convention rooms; and a 12,000-square-foot, world-class Guerlain spa and fitness center. The cost of the renovation, which includes every detail from restored chandeliers to first-class accommodations, making the project one of the largest private investments in downtown New Orleans since Hurricane Katrina and one of the most significant projects in years for the city’s hospitality industry.

For generations, New Orleanians and visitors from around the world stayed here because of its reputation for glamour, excitement and comfort.
It got a makeover that allows the legendary architectural and decorative details of the 116-year-old landmark to sparkle once again while incorporating technology and amenities.

Through more than a century of operation, The Roosevelt New Orleans served as the backdrop for many historic events and often made history in its own right.

One of the hotel’s devotees was famous Louisiana Gov. Long, who spent so much time at The Roosevelt that Louisiana legend records that he even built a 100-mile highway directly from the state capitol in Baton Rouge to the hotel.

Key among plans to restore the property to its previous grandeur and appeal was the reopening of the hotel’s famed Blue Room and legendary Sazerac Bar. In the golden era of supper clubs from the 1930s to the 1960s, the Blue Room played host to some of the best-known names in entertainment and big bands – including Tony Bennett, Louis Armstrong, and Sonny and Cher – as well as to elaborate floor shows. With gleaming chandeliers and polished architectural details, the reopened Blue Room once again hosts live entertainment that appeals to all ages. Guests can enjoy the Art Deco-style murals by artist Paul Ninas and woodwork once held in awe by visitors.

A highlight is the Sazerac Bar, a landmark for decades, still serving its signature Sazerac cocktail and Ramos Gin Fizz – both invented in New Orleans. 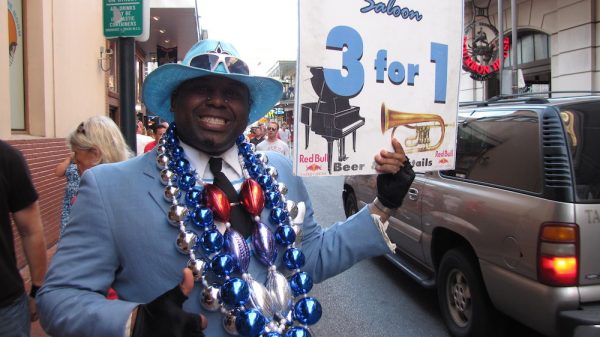 Finally, the Roosevelt is known to hotel aficionados the world over as having inspired Arthur Haley’s best-selling 1965 novel “Hotel.”

Its worth it to check in.

We enjoyed fantastic osyters. The chef de cuisine served them “raw” or “charbroiled”. The Charbroiled version was the best one we ever had, first the oysters are filled with butter and garlic. Then it’s time for the next step, the grilling of the oysters, later on Parmesan and Romano Cheese. Yummy. The Chef de cuisine said: “Mother Nature made the oysters. We just perfected the

Yummy, the single best bite of food in New Orleans.