I am just in love with London. 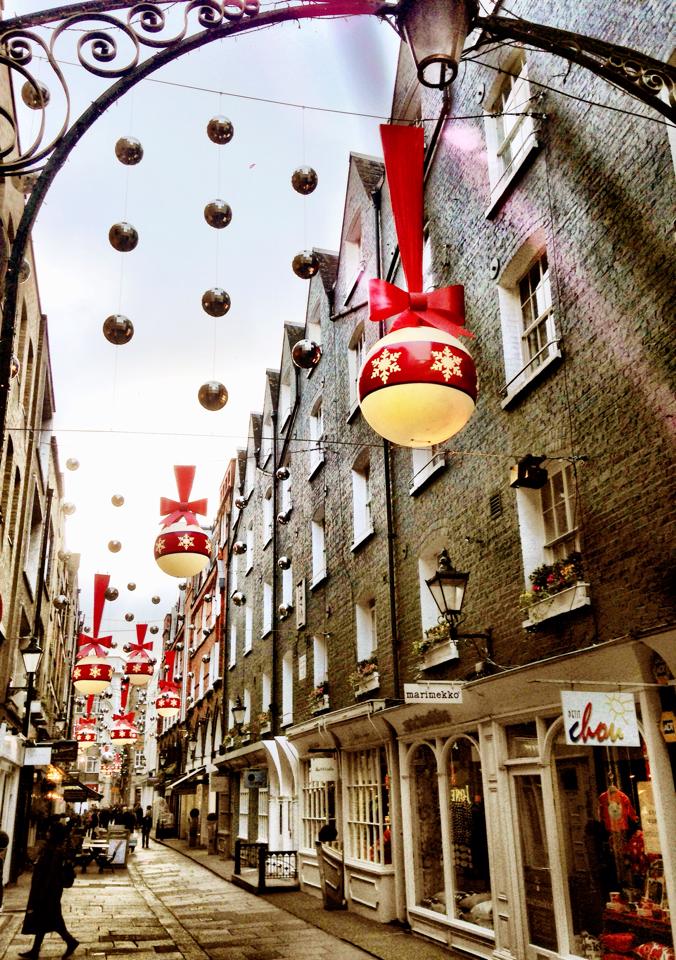 We (House & Hotel Magazine) did a presstrip to London and feature another nice luxury boutique hotel in central London.

The Eccleston Square Hotel; joins the list of luxury properties opening in 2012. The hotel offer 40 rooms housed within two Grade II listed buildings. Architecture and design firm Woods Bagot has been tasked with transforming the buildings on Eccleston Square into a luxury place with “the most advanced in-room technology to be found in the capital”.
And it is true, from the moment you enter the lobby its just stunning.

The property feature two reception rooms and appreciates the prominence of its location and remain also sympathetic to its historical context.

When arriving at Eccleston Square Hotel, a pair of historic townhouses on an award-winning garden square bordering Belgravia and Victoria in London, guests are immediately drawn to the historic and impressive Georgian character of the property. By contrast, Eccleston Square Hotel is an adults only, ultra-modern hideaway the place had a multi-million pound renovation, so these Georgian town houses have become a place where guests are comforted and soothed by luxurious products and swathes of futuristic gadgets.

Good sleep and wellbeing are central to the design concept devised by Olivia Byrne, who recently graduated from the esteemed Ecole Hotelière de Lausanne in Switzerland. “The ethos of the Eccleston Square Hotel is quite simple”, she said. “We want our clients to leave the hotel feeling better than they did when they arrived.”

The Eccleston Square Hotel is in a series of London hotel openings and it is joining the Design Hotels group.
Its worth it.

It would be churlish to leave the British Museum out of a list like this, even though its fame no doubt precedes it. Most visitors will make a beeline for the controversial Elgin Marbles – statues removed from the Parthenon in Athens – by way of the ever-popular Egyptian displays. But to say there’s much more to the museum would be an understatement. The endless series of galleries contain artefacts from just about every major civilisation on earth. The Enlightenment rooms in the east wing are particularly fascinating, and usually crowd-free. And, oh, that magnificent glass roof.

It is for me one of the number one places in London.
Some people like it very much, other do not.

Signature dishes are : “Sound of the sea”, “Mock turtle soup” or “Pocket watch”.

Tucked away inside a 450-year-old pub in the village of Bray, The Fat Duck, shines out among the top restaurants of the world. Pushing the boundaries of British gastronomy, Heston Blumenthal’s pioneering techniques and scientific approach provide a dining experience like no other. Described as a culinary alchemist, his menu deliberately plays on all your senses, transforming British classics into innovative dishes which will surprise you.

The kitchen here is cooking at very high Michelin star level, service is of a very high standard here, and the main problem is getting a reservation. Clare Smyth took over as head chef in 2007 and retained the restaurant’s three Michelin stars after having trained previously at Louis XV, amongst other restaurants.
The meal began with cheese gougeres, which are always a welcome way to start a meal. A lot of restaurants make these, but not so many do them well. They should ideally be served warm, have plenty of cheese flavour and of course the choux pastry should be very delicate. Bread is supplied from the Flour Station, a selection of white, brown, black olive, rosemary and slices of potato and honey bread. This was certainly very good.

Pumpkin soup was poured over roasted cep, ricotta cheese and Alsace bacon, with a bacon tuile on the side of the plate with pumpkin seeds as garnish. This dish was perhaps the least successful of the meal, the bacon flavour coming through nicely. Ballotine of smoked confit duck with pears (pickled, poached and pureed) was served with walnuts and pain d’epice. This dish had good balance, the acidity of the pear working well with the richness of the terrine. Even better was warm foie gras with sweetbreads, carrots and almond foam and Cabernet Sauvignon vinegar. The foie gras was of high quality and had silky smooth texture yet deep liver flavour, the vinegar gave balance to the dish and the sweetbreads themselves were a triumph, having gorgeous texture.

A take on carbonara was made using soft hen egg yolk, smoked pomme puree, caramelised onions, Iberico ham, smoked bacon and onion consommé, topped with an emulsion of four year old Parmesan. This was a rich and comforting dish, it could be argued that there were a lot of flavours going on here, but it was yummy and delicious.
Scallop was cooked with with lardo di colonnata (pork lard from Tuscany) and served with apple, walnuts, celery and cider emulsion. The scallop had nice natural sweetness and was lightly cooked, the apple provided a balancing sharpness, but while this was an enjoyable dish the flavours did not really stand out for me.

Roast turbot was served with cannelloni of artichoke and parmesan, cep and truffle with a sauce of black truffle, red wine and beef. This was a very good dish, the turbot carefully cooked and well able to stand up to the rich sauce, the cannelloni particularly good, having soft texture and with lots of cep flavour packed into the pasta.

Pigeon with polenta was served with carrots and braised shallots and smoked ventreche, and a sauce made from dates and the cooking juices. The star dish was pork done in five separate ways: a sausage using the shoulder, roast loin with crushed new potato, bacon and spring onion, pork belly served with apple, pig cheeks wrapped in Savoy cabbage with Dijon mustard, and ham hock with pineapple. This was accompanied by an apple puree and braised pork jus. This was a well-designed dish, the various elements of the pork coming together well as a whole, enough apple to give balance, and the cooking of the pork was technically superb; the sausage in particular had superbly deep flavour.

Pre-dessert was lime and apple sorbet with lime mousse and avocado, diced Granny Smith apple, eucalyptus and shiso (Japanese mint). This was a pretty and refreshing dish, the sorbet having excellent texture and the lime providing freshness.

Clare Smyth is clearly a top class chef. Her cooking and own style have clearly developed since she took over the reins here, and the meal today was as good an overall culinary experience as you are likely to encounter in the UK.

We love it to be here. 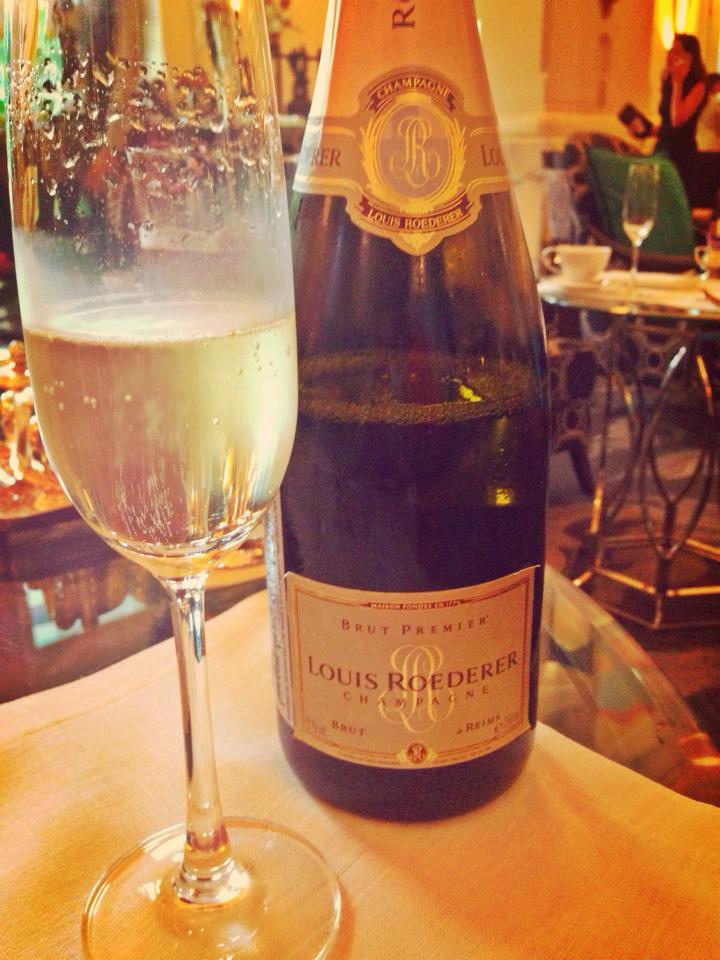 Located on the 38th and 39th floors of the Heron Tower, SUSHISAMBA delivers a unique blend of Japanese, Brazilian and Peruvian cuisine, culture, music and striking design to the City of London. The location features the highest outdoor dining terraces in Europe, offering unparalleled, 360 degree views of the City. Two panoramic glass elevators whisk patrons from the ground to the 39th floor, opening up London from inside-out as the lifts climb further and further upwards. SUSHISAMBA’s main dining room – with its dramatic ceilings – overlooks views of London with floor-to-ceiling glass on three sides. A grid of lights hung through the open bamboo ceiling at varying heights creates a magical experience during daytime and evening, creating an intimate dining experience. The indoor-outdoor elements featured throughout the space, most notably, the designed structural orange tree on the west terrace. The tree sculpture reinforces the earth-to-sky motif while being an artwork in itself, reminiscent of great 20th century art and creates a dialogue with the street art found throughout the space.

London calling, it is always great to be here. At the evening we enjoyed my new favourite “Florence” in the Royal Albert Hall. GREAT!!!!