The charms of Tempi-Larisa are legendary.

As part of an amazing journey, I was in a magical region that entrails its visitors.
I have travelled to a this great destination and explored something new.

Greece is well-known for the sun, sea and hospitality.

I travelled to Tempi, the name of a fertile valley in Thessaly, on mainland Greece.

Tempi is a beautiful region. According to Greek mythology, the word “tempi” means: chopping up.
(Tempi Valley)

So much beauty calls for a nice mass media report. 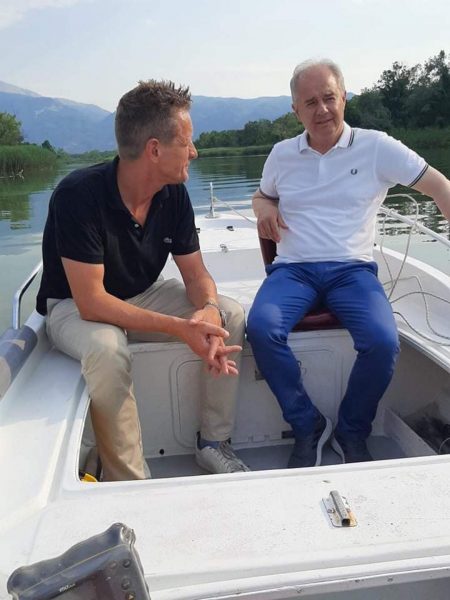 The municipality of Tempi in cooperation with the E.O.T. Dependance of Greece in Germany showed me the beauties of the community. 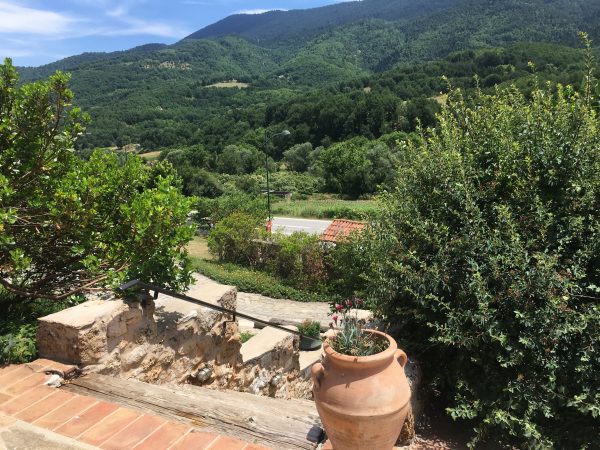 Perhaps, it was all caused by an earthquake that divided the mountains and paved the way for the water.

The width of the valley is more than 10 kilometers.

On the bottom of the valley is Mount Ossa named Mount Kissavos.

Mount Olympus is on the top of the valley, this is where Jupiter cooked his world-famous wind soup. 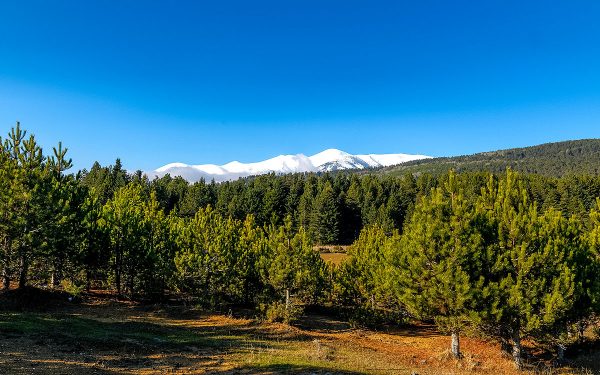 The famous suspension bridge of the Pinios River is visited daily by many Greek and foreign tourists.

The view over the green area with plane trees, cypresses and lush plants is like a fairytale. The destination is not just a travel destination in summer. Late summer, autumn – the hustle and bustle has passed, the olive harvest is about to begin. 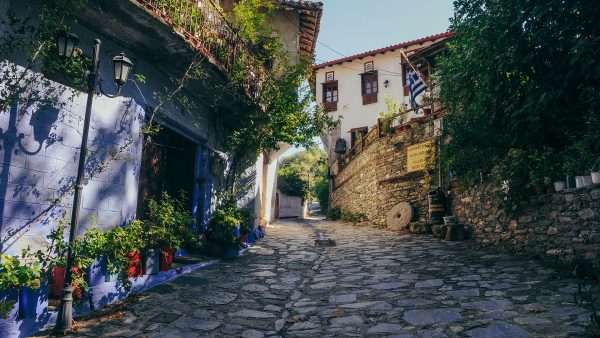 The region is a natural treasure. Known for so many things, important to have beaches. Yes, the have a lot of them.

Perfect for families and beach tourists. 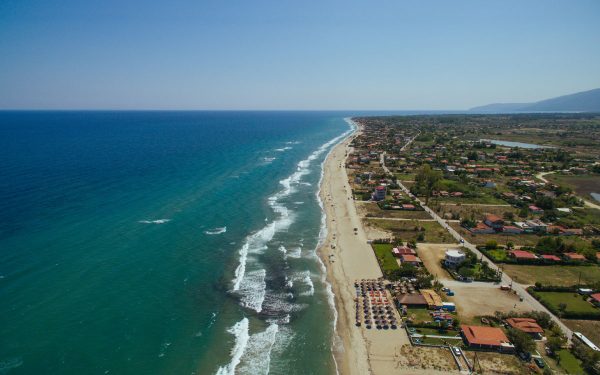 3000 hours of sunshine each year are particularly tempting. Cultivated land, which is also protected, lies close to the exciting landscape by the sea.

Easy to admire the beaches of Mesagkala, Kastri Loutro and Kouloura.

Apart from the beaches, you can explore the village of Rapsani, which is located to the bottom of Mount Olympus.
Well know for great wines from the winery like Dougos. Actually my favorite one. 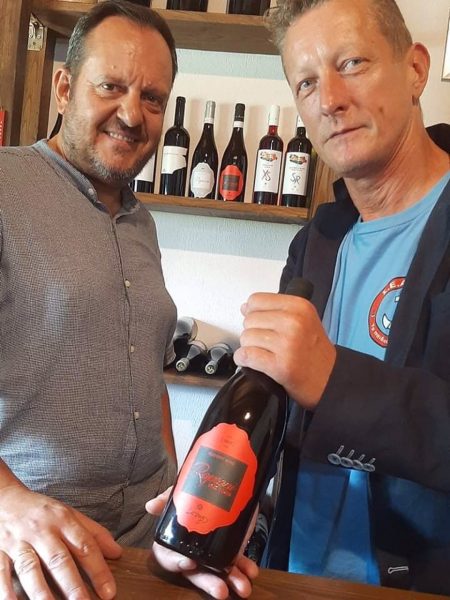 Later on we had a joyful yummy lunch in Ambelakia village, located near to Mount Kissavos.

The evenings begin, pass or end on the large terrace with a view of the mountains and a final espresso.

Greek culture offers lots of pleasure. It ends often with a espresso.are aware that there are three ways to enjoy espresso: Skétos, without sugar, Métrios with a little sugar and Glykós – very sweet.

The numerous olive trees and vineyards, fig trees – a late summer to autunal ambience and you feel happy that the seasons can still be felt. 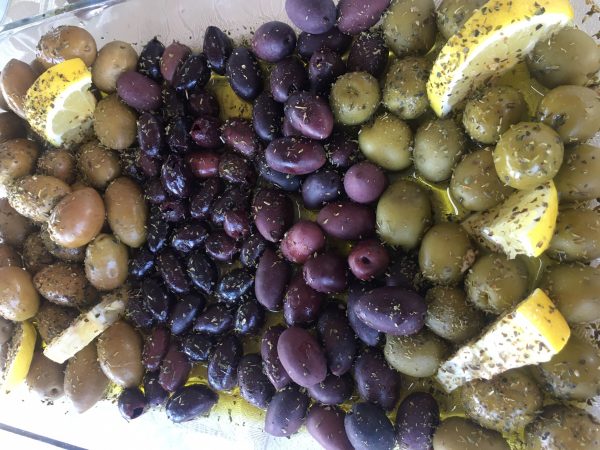 The olive oil maker showed me how to produce the liquid gold.

The slogan is “Born in nature, made in nature”. 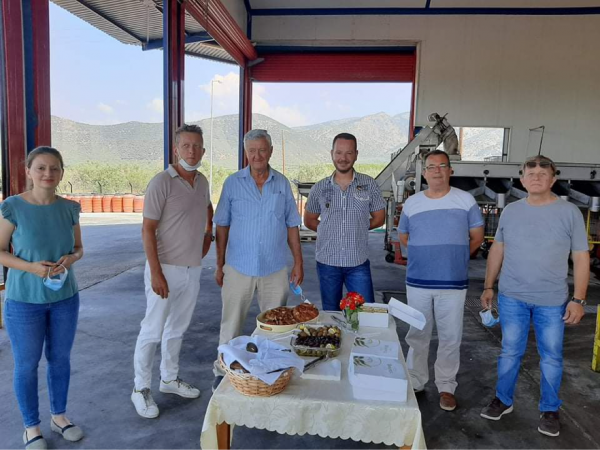 On the photo: The Olive Oil Factory, Pournari, Larisa – The Tsakiridis Family)

It owes a large part of its success to the climate and soil, both ideal for olive cultivation and the supply of the local olive oil pickers and of course the early harvest of olives from hundred-year-old trees as well as young olives that can be processed quickly.

We visited various another winery.
It was the Chrysochoou winery. 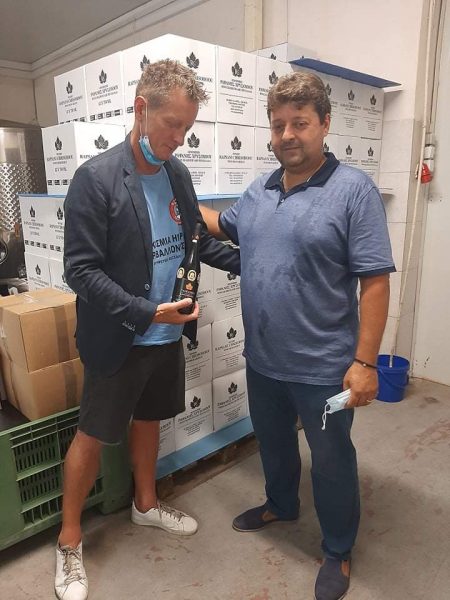 The olive harvest takes place at the end of September and October.

The visit will of course end properly with a tasting of young olive oil – the only correct way to give such a day a round taste. So much olive-shaped input needs to be processed.

There is also located to this region, a little sweet and tasty factory, called “Antigonides”, where is located to Gonnoi village, where you can find exquisite local fruit sweets and tasty local pies. 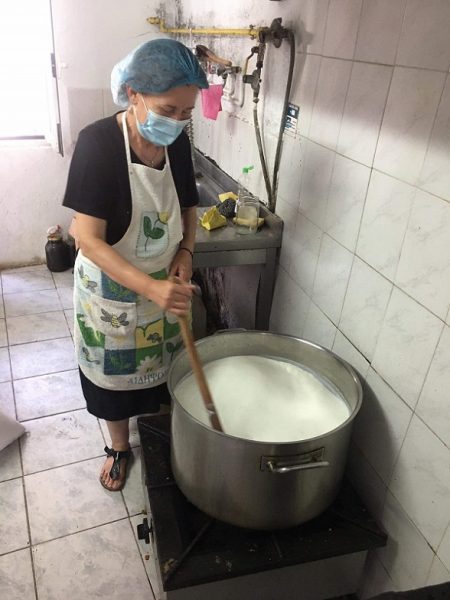 Best to check in this region is at the Golden Sun Design hotel. 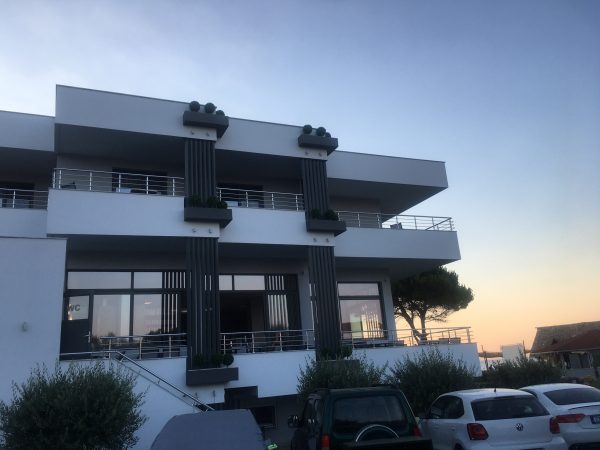 The rooms offer cozy retreats. The evening menu of the Golden Sun Hotel offers fine specialties beyond souvlaki and gyros. Feta cheese and filled zucchini flowers, flavored with fresh rosemary from the garden. Pork is very popular and tastes intense until the meat fibers are almost creamy. A superb selection of wines to go with all dishes, many local, local wines.
The pampering effect in the restaurant is high.

Total: Thanks for all the hospitality. I was hosted by the Mayor of Tempi, Mr George Manolis, the Chairman of the Board Mr George Kyritsis, the Deputy Mayor Mr George Nikolaou, the Owner of Golden Sun Hotel Mr George Polyzos, the President of the Association of Tourism Companies of Kato Olympus Mr Fanis Voliotis, the President of Tourist Accommodation and Apartments of the Larissa Prefecture Mr Athanasios Mitsopoulos, the Owner of Olive Oil Factory Mr Tsakiridis Dimitrios, The Owners of Tempi Cheese Factory Mr Nikolaos Tachas & Konstantinos Rompas, the Women Agricultural Partnership “Antigonides” and the Tourism Manager Mrs Anna Gerokosta.

I love this region and travelled to Alonnisos and Skopelos.

The press trip was supported by the “Griechische Zentrale für Fremdenverkehr” in Germany.